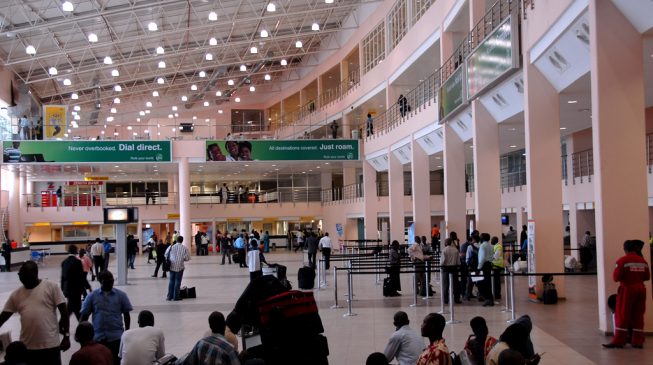 Dabiri-Erewa was speaking when she appeared before the ad-hoc committee set up by the senate to look into circumstances that led to the arrest of Zainab Aliyu, a Nigerian student, in Saudi Arabia over alleged drug trafficking.
TheCable reports that the presidential aide, who doubles as the chairman-designate of Nigeria Diaspora Commission (NDC), also alleged that some foreign airlines had been working with syndicates in the country to put drugs in the bags of unsuspecting passengers.
“They operate alongside local collaborators. It is not Air Peace, not Arik Air,” she said.
Kabiru Gaya, chairman of the committee, asked if the scanners at the airports could detect drugs. El-Yakub Lamir, airport chief of security at the Federal Airport Authority (FAAN), said the scanners at the Aminu Kano International Airport, Kano, where Aliyu was implicated, were not configured to detect drugs.
According to him, there were 15 security agents involved in checking luggages at the point of entry and exit but that they had been reduced in number due to public complaints.
The lawmaker, thereafter, called for the increase in the number of sniffer dogs in all the international airports across the country to a significant figure to help detect drugs. He also demanded the upgrade of the scanners at the airports to detect drugs.
Gaya assured that, as soon as the committee was done with its investigations, it would submit a report to the senate before the end of the 8th National Assembly.
The senate had mandated the committee to investigate the circumstances that led to Aliyu’s arrest on December 26, 2018 after tramadol, a drug prohibited in Saudi Arabia, was found in her bag.
She was released from prison in April and returned to Nigeria on May 13.