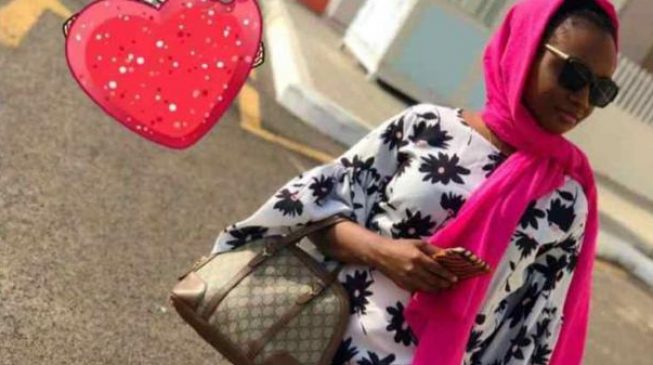 Mai Mala Buni, governor of Yobe state, married a new wife 24 hours after taking the oath of office, According to TheCable.
The governor’s new bride is Umi Adama, one of the daughters of Ibrahim Gaidam, who handed over to Buni on Wednesday.
TheCable understands that Umi Adama is currently a student at a university in Saudi Arabia. The wedding took place at Damaturu, capital of the state.
A source told TheCable that Buni was miffed that the plan to keep the wedding out of the public flopped.
“No one can say exactly how this strictly private affair caught the attention of the public,” the source said.
“As an insider, I can tell you that even the representative of the Gaidam family who handed over the girl to her in-laws did not initially know who the groom was. They only told the old man that she was getting married to someone called Yusuf.
“It was yesterday that some people know that the governor also bears Yusuf.”

Buni and Gaidam
After the wedding ceremony, Buni was said to have joined his father-in-law at his residence at Tahir guest palace in Kano state.
The governor reportedly spent the night there before moving to Abuja, where another source said he is at the moment.
There are unconfirmed reports that Buni, who already has two wives, plans to make his predecessor’s daughter the first lady of the state.
The governor was said to have recently married a Borno house of reps member who lost reelection bid.
Buni was national secretary of the ruling All Progressives Congress (APC) when Gaidam declared interest in having him as his successor.
Gaidam wields a great influence in the state. He was elected deputy governor of Yobe in 2007 but succeeded Mamman Bello Ali, the governor, who died in 2009.
Gaidam contested the 2011 governorship election under the All Nigeria Peoples Party in 2011 and won. He was re-elected under APC in 2015. He is currently the senator-elect of Yobe east.
Bukar Abba Ibrahim, a former governor of the state who has been in the senate since 2007, was said to have let go of his reelection ambition in order to pave the way for Gaidam.