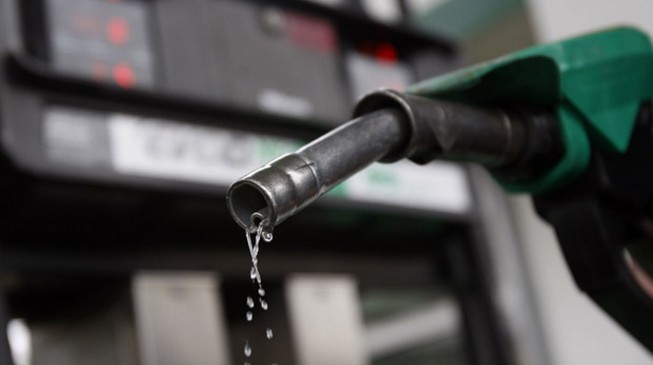 Bismarck Rewane, chief executive officer of Financial Derivatives Company Limited, has asked Nigerians to brace up for an increase in the pump price of petrol.
In 2016, the Buhari administration increased a litre of petrol from N87 to N145, sparking criticism among citizens.
But making a presentation  at the Lagos Business School, TheCable reports that Rewane said there were indications that the price of fuel would rise because government is working towards reducing subsidy payments.
He described subsidies as a huge drain on government’s revenue, adding that the World Bank put Nigeria’s total subsidy bill in 2018 at N731 billion.
“A gradual reduction in subsidy payments is anticipated. Only N305bn set aside for under-recovery in 2019 budget; expect an increase in the pump price of fuel,” he said.
“Forty per cent shortfall in provision for subsidies (under-recoveries) points to possible price increases.”
Rewane added that hike in price of petrol would result in high inflationary pressure.
He described the 2019 budget as counter-cyclical, saying the economy was in dire need of a boost.
He said with expenditures much higher than sustainable revenues, the fiscal deficit had widened by 2.15 per cent to N1.9tn, adding that the supplementary budget could not be avoided.
“Oil revenues are projected to decline due to the impact of OPEC quota on Nigeria’s oil output level,” he added.
On the new minimum wage, he said internally generated revenue remains the key to funding it, adding that it is not sustainable to rely on the federal accounts allocation committee (FAAC).
Rewane said the capacity of the economic management team will determine the success of President Muhammadu Buhari in the second term.
He projected that Buhari would have unveiled his cabinet by June, saying “the post cabinet selection squabbling will lead to splintering of the All Progressives Congress”.
Rewane added that the election tribunal results will “upset at least four governorship races”.