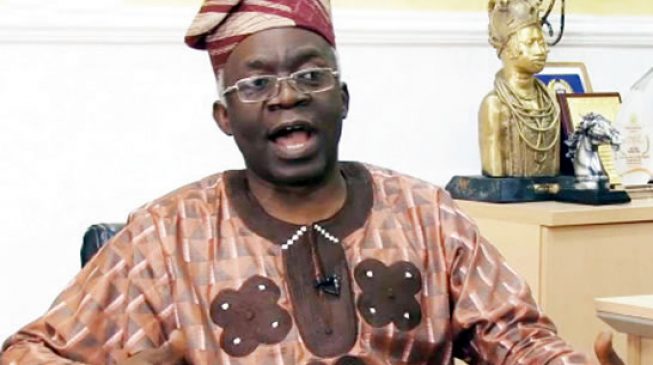 He said the party’s stance that Abubakar is originally from Cameroon implies those who voted in his ward, including for President Muhammadu Buhari, are Cameroonians as well.
Atiku and the Peoples Democratic Party (PDP) are challenging Buhari’s re-election at the tribunal.
TheCable reports that in its response to one of Atiku’s allegations, the APC had told the tribunal that the PDP candidate is not qualified to even participate in the presidential election because he is from former Sarduana province of Cameroon that later joined Nigeria through a referendum.
Speaking at a press freedom conference the Premium Times Centre for Investigative Journalism (PTCIJ) organised in Abuja, Falana said the ruling party had rejoiced when Buhari defeated Atiku in the same ward in question.
“If Atiku is a now Cameroonian, doesn’t that suggest that those who voted for President Buhari in his ward for the candidate are Cameroonian citizens too?” he asked.
‘NIGERIA WITNESSING SIGN OF ANARCHY’
The senior lawyer also decried the killings in various parts of the country, adding that they are signs of anarchy.
He said: “What the country is currently witnessing in terms of increasing violence, banditry and insurgency is a sign of anarchy. Since the 2019 elections have been concluded the duty imposed on the media is to ensure that political parties and elected officials are held accountable.
“All persons living in Nigeria including citizens by birth or naturalisation, dual citizens, foreigners, refugees and asylum seekers are entitled to adequate security and protection.”