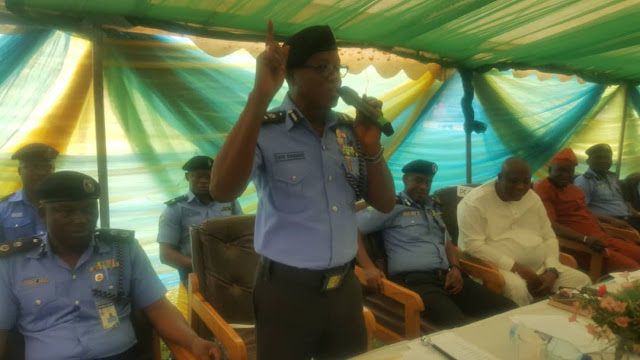 In a bid to gett acquainted with officers and men as well as some vital formations and units within his command, Adeleye O Oyebade, Assistant Inspector General of Zone XI has explored the Ondo State Police Command.

The exploration which took place on Wednesday during a One-day Familiarization Tour to the Sunshine State also was "an avenue for local knowledge which every officer must have", Oyebade said.

In his speech, provided to Godfreytimes by Jetroyal Media, Oyebade who just commissioned a state-of-the-art police station in the horticultural state,said that he deemed the familiarization visit most appropriate.

While thanking God that with the support of the Inspector-General of Police, Mohammed Adamu, NPM, mni and his formidable management team, the elections were indeed very successful in the Zone, Oyebade expressed the appreciation of  the Inspector General of Police to the officers for a very succesful elections in the Zone adding that the police received accolades from Nigerians and the international communities for their professionalism and this has made the IGP who is very happy with them, consequently directed that his appreciation to them all  for the good conduct and professionalism exhibited in the face of daunting challenges during the electioneering period is expressed.

Below is his speech...

It is my great pleasure to address you this morning. Having assumed duty as AIG in charge of Zone XI comprising Ondo, Osun and Oyo States on 11th February, 2019, I deem it most appropriate to embark on this familiarization visit to address you and get acquainted with officers and men as well as some important formations and units within the command. Apart from being an opportunity to get familiar with officers, it is also an avenue for local knowledge which every police officer must have.

My posting to the Zone coincided with the period of the 2019 general elections which have just been concluded. At that time, we were concerned with preparation towards making the elections peaceful, free, fair and credible. I thank God that with the support of the Inspector-General of Police, Mohammed Adamu, NPM, mni and his formidable management team, the elections were indeed very successful in the Zone such that the police due to their professionalism received accolades from Nigerians and international communities. This is why the Inspector-General of Police is very happy with you and has consequently directed that we express his appreciation to all of you for the good conduct and professionalism exhibited in the face of daunting challenges during the electioneering period. I also wish to appreciate the cooperation of the enthusiastic members of the electorate and all other important agencies that made the elections successful.

Your impressive performance during the election period notwithstanding, the Inspector-General of Police demands that you continue to put in your best in terms of protection of lives and property of the citizenry at all times. As officers, you must be abreast of, and be guided by the vision and mission of the Force. For the purpose of emphasis, the vision of the Force is to be a leading national, professional and efficient law enforcement organization. And the mission, succinctly put, is to provide safety and security in Nigerian communities; protect and respect human rights, and promote community partnership in preventing and controlling social order.

It is the responsibility of all police officers to support the administration of the Inspector - General of Police so that his vision and mission for the Nigeria Police Force could be achieved. By this, you must display exemplary courage, commitment and dedication to duties. You must at all times carry out your duties with the fear of God, respect and protect the fundamental human rights of the citizenry.

Police officers must imbibe the core values of discipline, diligence, valour and ethical conduct. While investigating, you must always be conversant with legal issues and evidential requirements necessary for discreet investigation and diligent prosecution.

Our vision and mission in the Zone are in sync with the overall vision and mission of the Force. Our vision which we expect every police officer serving in the Zone to align with rests solely on the tripod of problem-solving, community partnership and organizational transformation which are essentials of community policing. As you are aware, community policing is part of the policy thrust of the administration of the Inspector-General of Police, and we must collectively imbibe and encourage the practice of community policing as a tool for effective, quality service delivery. Emphasis here must include intelligence gathering, interagency collaboration and public partnership. Officers and men must therefore acquaint themselves with the general environments of where they are deployed to serve – These include the topography, culture, moral values of such communities.

As police officers, you must strive vigorously to carry out your constitutional duties as contained in section 4 of the Police Act bearing in mind principles and values of community policing. You must therefore reassure the populace, allay their fears and win confidence of the people. You must intensify visibility policing through intensive stop and search, aggressive vehicular patrol, and use of technical platform to address heinous crimes such as kidnapping, armed robbery, murder, cattle rustling, rape, burglary, cultism, etc so that we can keep the society safer and more secure. To achieve this, you cannot afford to disregard or distance yourself from all the strategic stakeholders.

I am glad to inform you that the Inspector-General of Police has graciously approved the establishment of the Zonal Security Stakeholders’ Forum which will consist critical stakeholders such as representatives of the Governors of the three States in the Zone, the leadership of the PCRC in the Commands, traditional rulers, community leaders, the media, religious leaders, trade union leaders, students union leaders, leadership of the transport unions, market leaders and other relevant segments of the society. The Forum which has since been inaugurated is expected to change the face of policing in the Zone. The adoption of the Forum will encourage proactive/preventive policing rather than the traditional reactive policing. It will also enhance quick response to distress calls. As part of our strategies to make the Stakeholders Forum successful, we have crime-mapped the Zone to indicate which crime is prevalent and where, to enable develop the appropriate strategies to nip such in the bud.

While discharging your duties, you must eschew all forms of corrupt practices. This is because as you are aware, the Force has zero tolerance for corruption. The President and Commander-in-Chief of the Armed Forces, Federal Republic of Nigeria, the Police Service Commission and the Inspector-General of Police are concerned about your welfare hence you must not do anything that could embarrass them. You will continue to earn your salaries and allowances, enjoy your promotion as and when due even as the IGP is doing all within his power to better your lot and address challenges currently facing the Force. The only way to reciprocate this kind gesture is to redouble your efforts, be patriotic, and contribute your quota to the security of this great country.

I thank you all for your rapt attention. God bless. 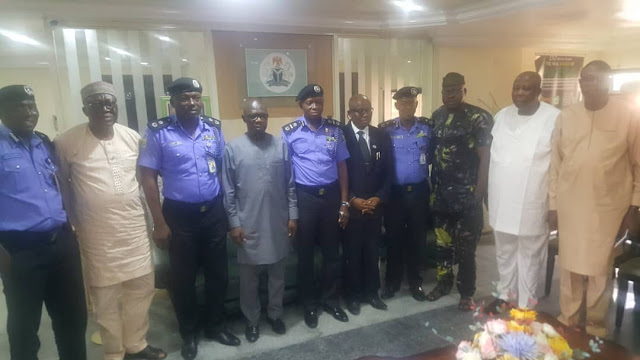 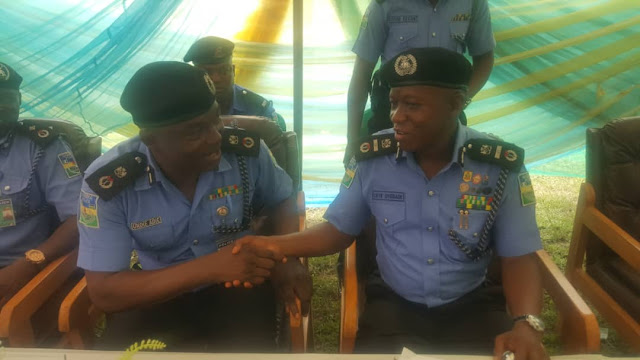 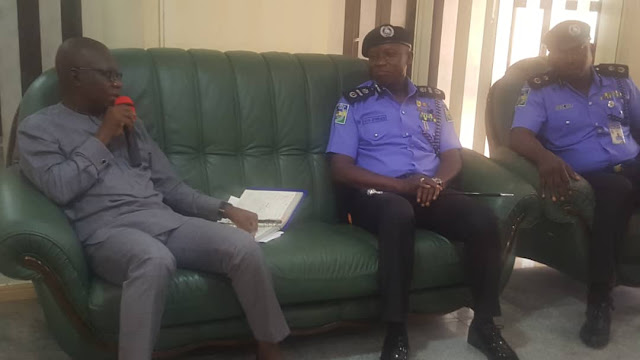 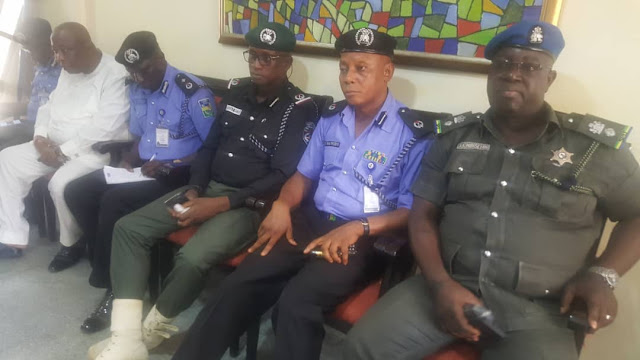 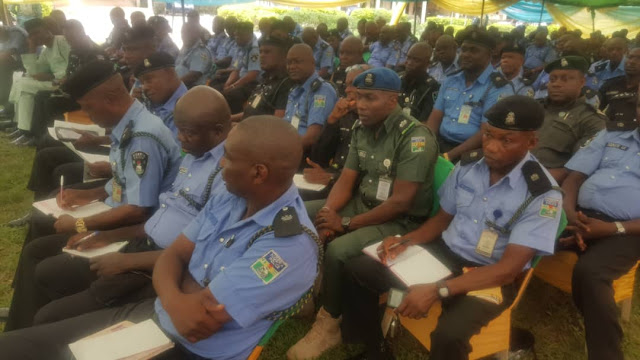 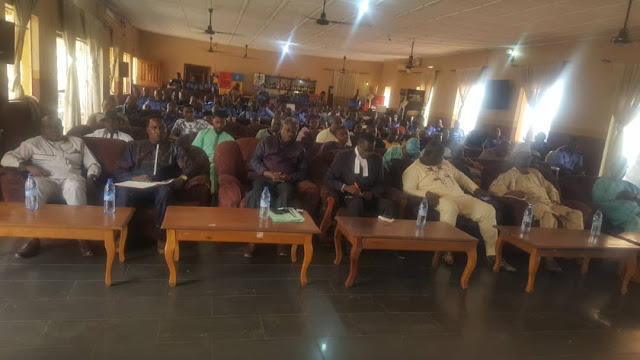 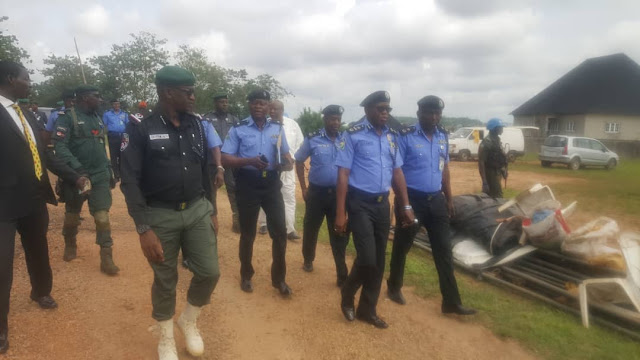