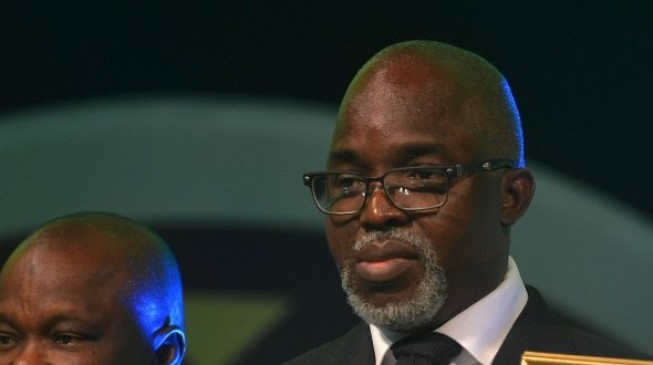 According to TheCable, the money was said to have been paid by the Fédération Internationale de Football Association (FIFA) to the NFF as appearance fees for the 2014 World Cup in Brazil.
Okoi Obono-Obla, the special presidential investigative panel and recovery (SPIP), filed a 17-count charge against the defendants before the federal high court in Abuja on Tuesday.
The accused persons aside Pinnick are Seyi Akinwunmi, 1st vice president, Shehu Dikko, 2nd vice president, Mohammed Sanusi, general secretary and Ahmed Yusuf Fresh, NFF executive member.
In the case file marked C/ABJ/CR/93/2019, the five persons are accused of failing and neglecting to declare their assets.
The defendants are also accused of “moving the cash” belonging to the NFF without the consent of the federation. 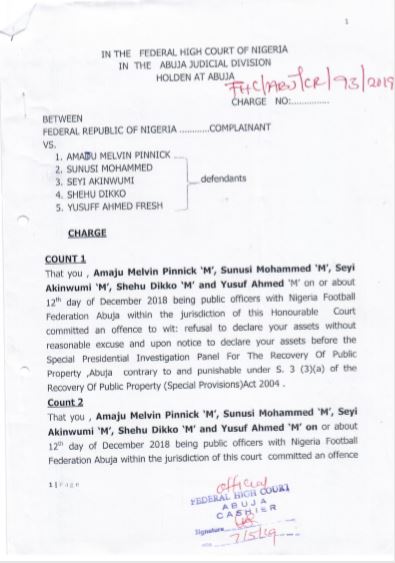 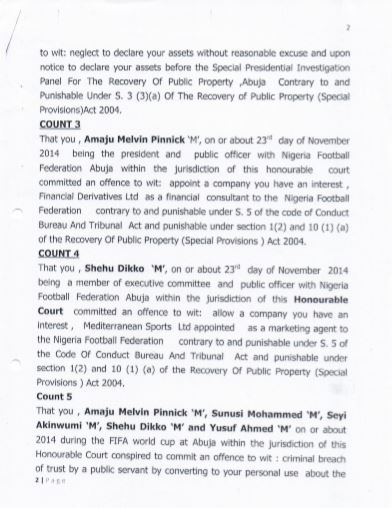 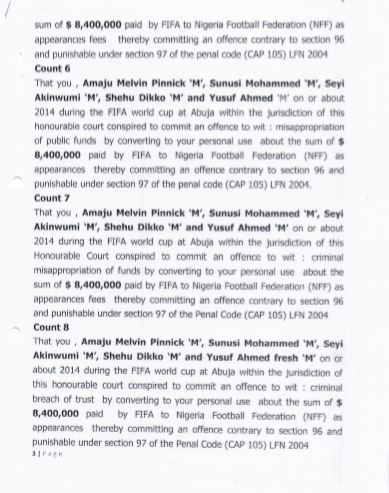 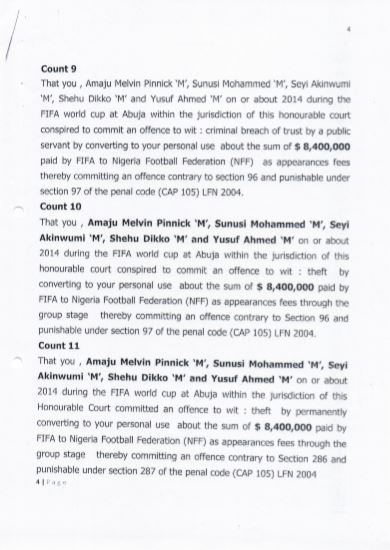 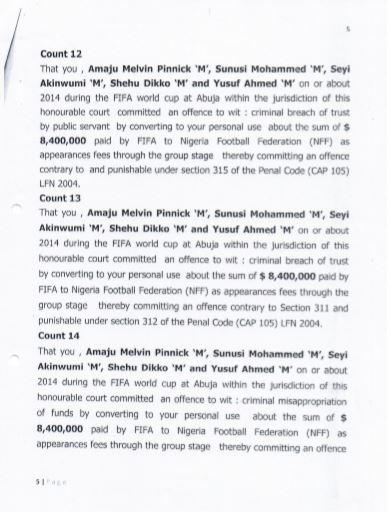 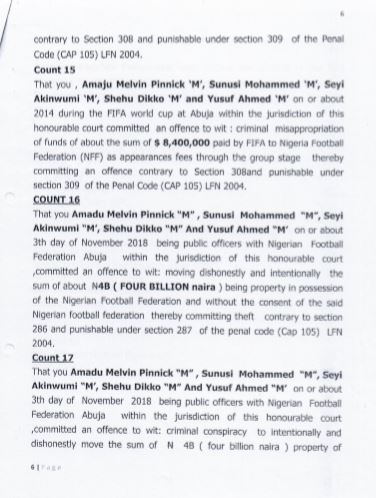