FLASHBACK: Was this the video that got Sanusi into trouble with Ganduje? 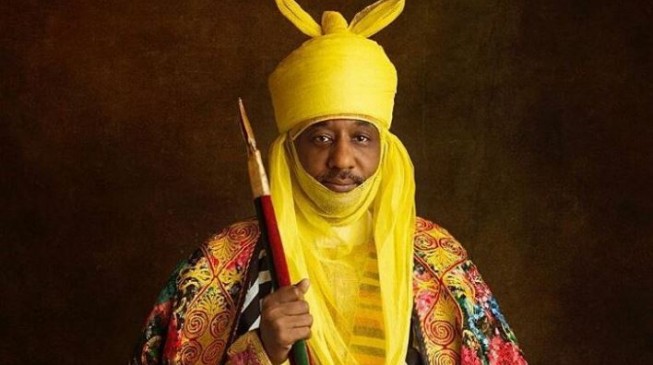 According to TheCable, the former CBN governor’s problem with Ganduje is usually traced to his critical comments in 2017 on the award of contracts to Chinese companies by the state government, the governor’s foreign trips, and some general comments against the northern elite.
Sanusi II is also believed to have opposed the re-election of Ganduje, who needed a disputed supplementary election to be returned to office in the March 2019 governorship election.
In 2017, at the Mo Ibrahim governance weekend, Sanusi had said in Morocco, that governors want traditional rulers to fight violence but not question their inactions, which caused violence in the first place.

WAS THIS THE ORIGIN OF SANUSI’S PROBLEMS WITH GANDUJE?

In this video, Sanusi said some “three to five million children out of school” yet the northern governor still goes to China to get $2bn loan to build light rails — instead of schools.
“Traditional rulers like me find themselves in a very difficult position; one the one hand politicians are very happy for you to fight fires, tell people to keep the peace, preach to people, condemn violence, on the other you are not allowed to criticise root causes that may come from the failings of politicians,” Sanusi said.
“It is fine to say to a rural villager, you should send to school, but it is not fine to say to the governor, why haven’t you built a school?”
Sanusi’s kingdom has since been broken into five, and 34 of the 44 local governments in the state taken away from him, and assigned to four new emirs, including the son of his predecessor — Ado Bayero.