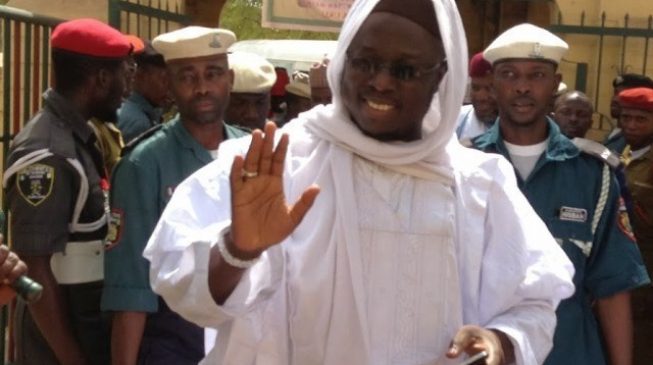 Four top officials of the Kano state government have pulled out of the administration of Abdullahi Ganduje, governor of the state.

According to Daily Trust, the four officials submitted their resignation letters to the secretary to the state government on Friday.
While Aminu Daurawa (pictured) resigned as the director-general of Kano state Hisbah board, Abba Koki quit as chairman of Kano State Pilgrims Board.

Also, Abubakar Kandahar and Nazifi Inuwa left their respective offices as permanent commissioner I at Kano state Shariah Commission and permanent commissioner II at Zakkah and Hubsi commission.
Culled from TheCable, it is unclear if their resignation is connected with the crisis rocking the Kano emirate but Muhammad Garba, the state commissioner of information, was quoted as saying it was in line with the governor’s plan to disengage all political appointees in preparation for his second tenure.

The development comes two days after Ganduje signed a bill that reduced the power of Muhammad Sanusi, emir of Kano state.

He had signed a bill that created four additional emirates in the state, leaving Sanusi with the control of 10 out of 44 local government areas in the state.

The move was said to be targetted at Sanusi who reportedly worked against the reelection of the governor.