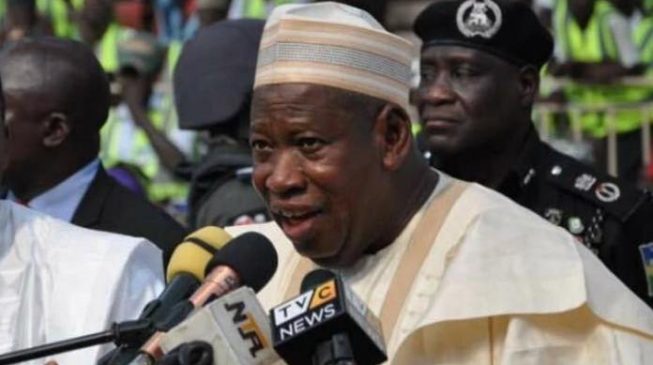 In a statement released on Saturday, Ganduje said the new emirs had acknowledged receipt of the letters and accepted the appointments before the restraining order was issued.
Emirs of Rano, Karaye, Gaya and Bichi were appointed after the state assembly passed a bill to break up the emirate in the state.
According to TheCable, the statement signed by Abba Anwar, chief press secretary to Ganduje, said the court order was issued around 5pm on Friday, May 10, after letters of appointment dated May 9, with reference number SSG/REPA/5/A/86/T were sent to the new emirs.
It explained that Ibrahim Abubakar II, the new emir of Karaye, forwarded his acceptance letter at about 12 noon on Friday, while Tafida Abubakar Il, his Rano counterpart, accepted around 10:15 am.
Aminu Ado Bayero, the emir of Bichi, and Ibrahim Abdulkadir, the emir of Gaya, accepted the appointment at 10am and 10:30am respectively.
“Letters of the notification of appointment were written from the office of the secretary to the state government, Alhaji Usman Alhaji, since Thursday, May 9, 2019, and were dispatched to the concerned emirs the following day Friday, May 10, 2019, in the very early hours of the day.” 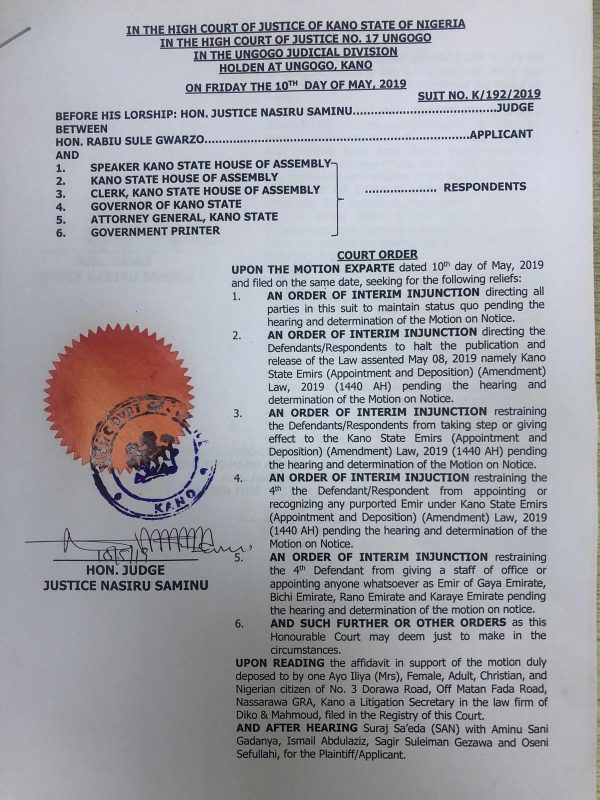 A copy of the court restraining order 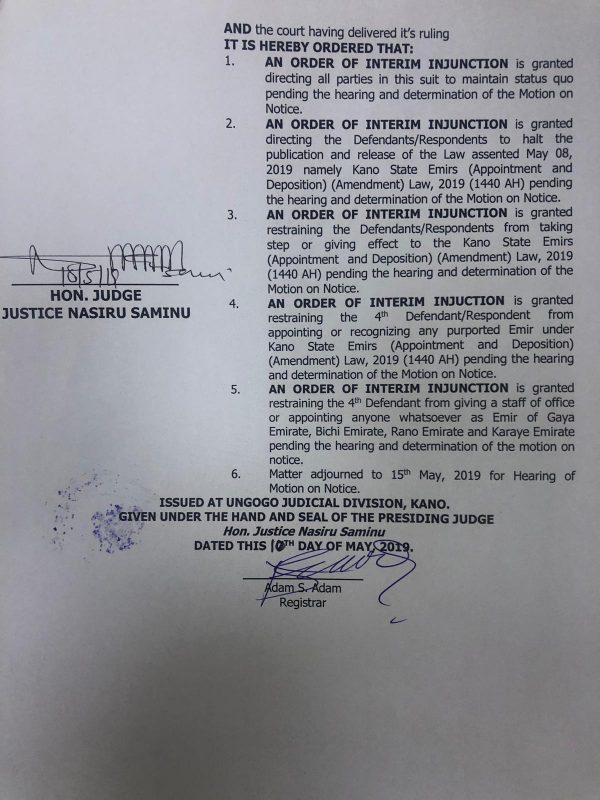 Speaking on at Sani Abacha Stadium where the event held, Ganduje said the new emirates will enhance rural development and encourage active participation of traditional rulers in the areas of agriculture, education, health and security.
“These four Emirate Councils existed for many centuries ago. We deemed it wise to revive them in order to fast-track our development agenda,” he said.