How kidnappers made elite abandon their cars for Abuja-Kaduna trains 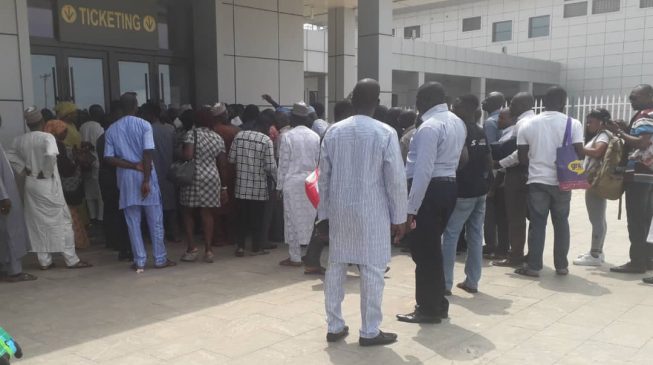 The Abuja-Kaduna train service has received a boost in its operations as a result of the activities of kidnappers along the Abuja-Kaduna expressway.
According to TheCable, the rush for train is so intense that securing a first-class ticket has become so difficult.
President Muhammadu Buhari inaugurated the train line in July 2016 but its patronage was low until 2018 when activities of kidnappers increased on the expressway. 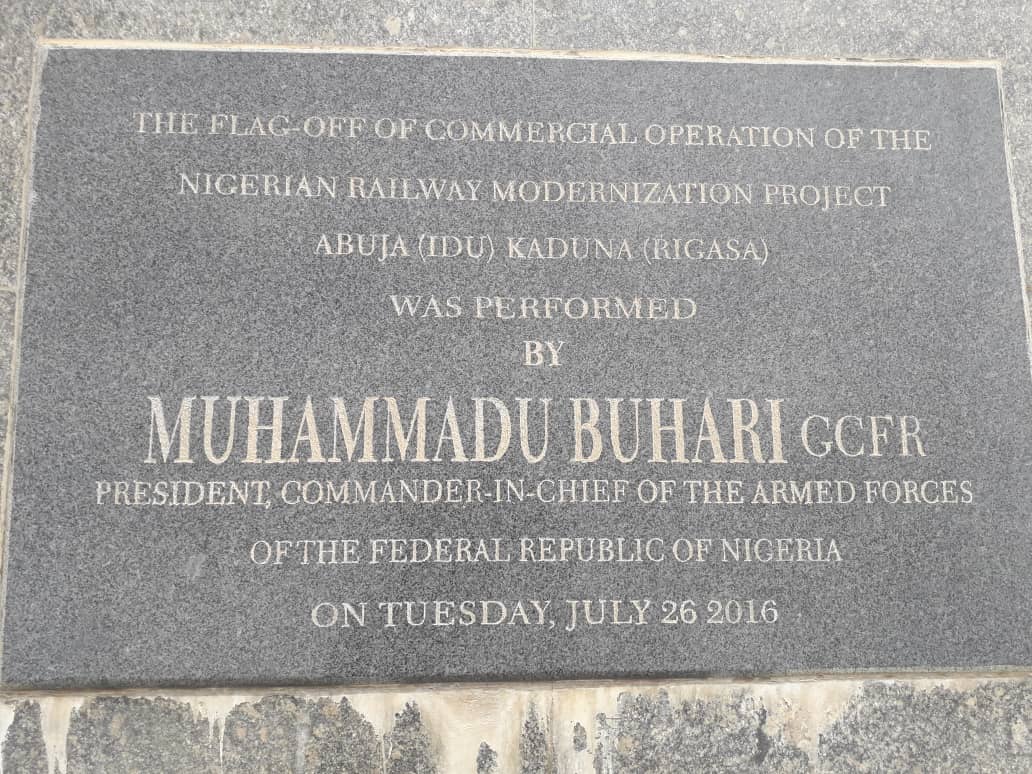 Passengers could now be seen standing during the trip which is a little over two hours.
Many passengers have been abducted with millions of naira paid as ransom.
Last week, Mohammad Abubakar, chairman, board of the Universal Basic Education Commission (UBEC), and his daughter, were among over 20 people abducted.
Despite measures put in place by the security agencies, activities of the kidnappers have gone unabated.
When TheCable visited the Idu train station in Abuja on Friday,  passengers had a hard time getting tickets. 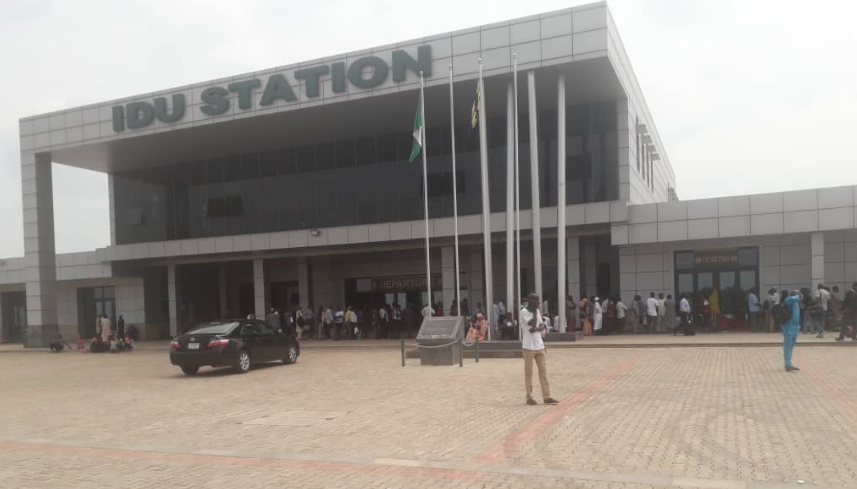 Entrance of Idu station
A passenger, who simply identified himself as Joshua, said he had been at the train station since 8am trying to get ticket for a train scheduled to move at 2pm.
“I have been here since 8:00 am and I haven’t gotten tickets for the 2:00pm train. We have been given numbers and they said they will start selling tickets by 11:00am,” he said angrily. 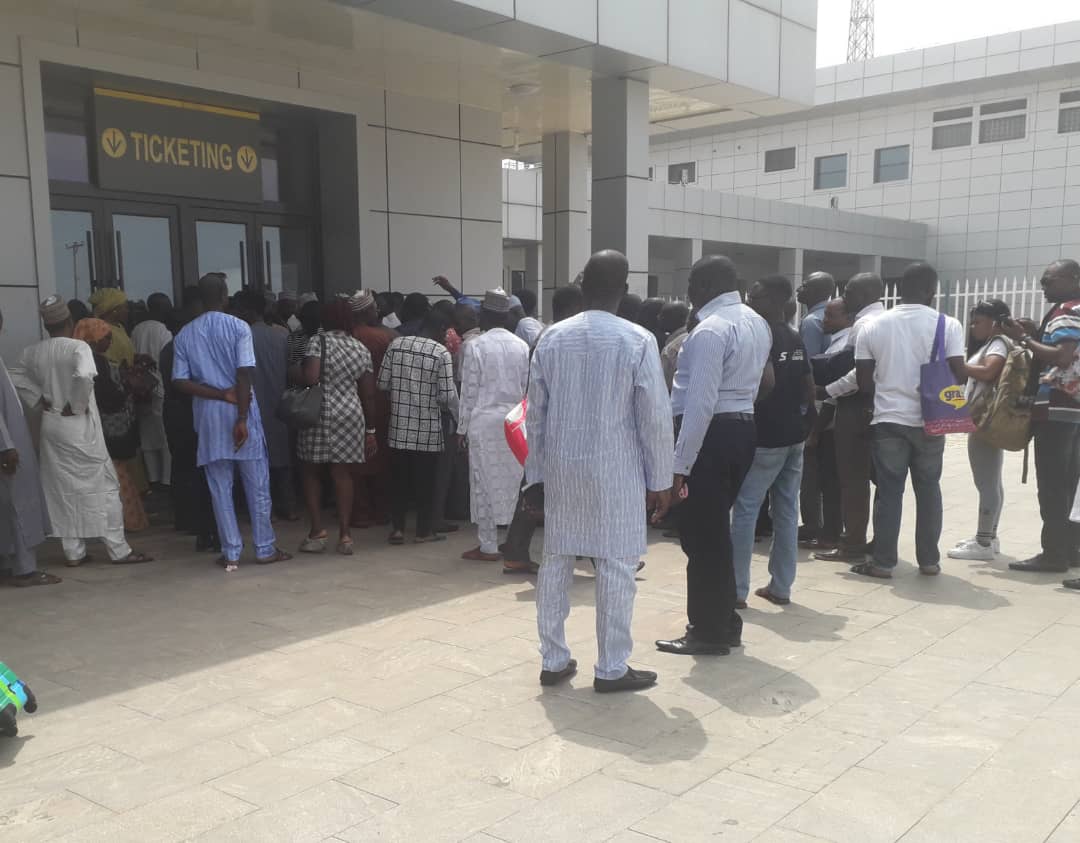 Passengers in a long queue to purchase ticket
“Why would they not make the purchase of these tickets online, it will be easier. I think since the Chinese people still have a stake they want it this way.
“The kidnappings on the road have worsened the situation. I was in Kaduna last week and I had to stand from Rigasa to Abuja. The situation is just sad.”
When the ticket sales finally begun, Joshua who was number 50 in the queue was the person to buy the last first-class ticket.
“They said they have finished selling the first class tickets. You can imagine they started selling tickets at 10:59am and 40 minutes later first class tickets have finished,” he lamented.
Another passenger, who simply identified himself as Ibrahim, said he witnessed some very important personalities (VIP) who boarded the 8:00am train without purchasing tickets.
“Just this morning two coaster buses conveying VIPs boarded the first train to Kaduna, I didn’t see them purchase tickets,” he said.
Ordinarily, the buses would have conveyed them to Abuja but the high rate of insecurity on the road has left many with no other option but the train.
CHAOS PURCHASING TICKETS 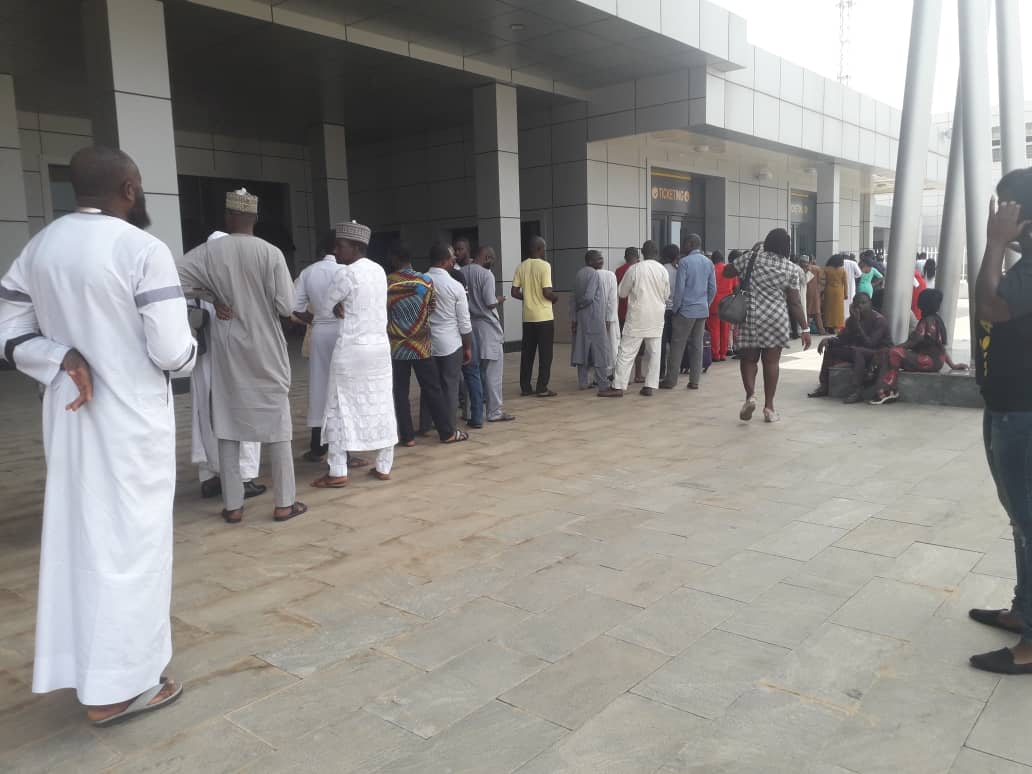 The police officers and station security assigned to curb the activities hoodlums buying tickets and reselling at exorbitant prices had a difficult time keeping passengers in line.
It was usual to see passengers shout and scream at those trying to shunt the queue.
At one instance, a lady in the queue attempted to use a brick to assault a station security official whom she accused of allowing a passenger shunt the queue.
It took the intervention of some police officers to calm her. No official at the station was willing to speak to react to the events witnessed.