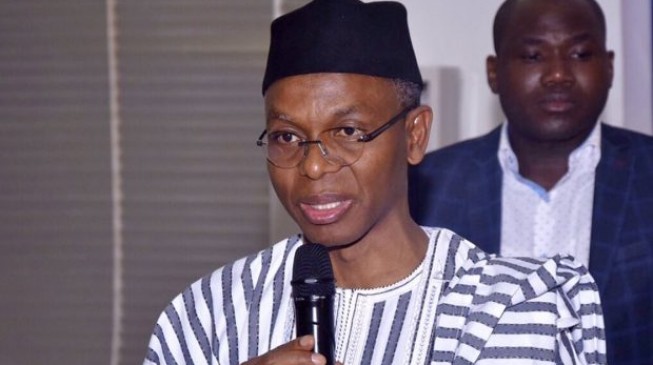 Nasir el-Rufai, governor of Kaduna, says he is confident that the Abuja-Kaduna road is safe for use.
According to TheCable, El-Rufai, who spoke after meeting with President Muhammadu Buhari, on Monday, hinged his confidence on initiatives, he said, are being taken by the police.
The governor, however, said he is not willing to give details of the measures.
According to him, the route, which has become notorious for activities by kidnappers and bandits, will remain safe as long as the initiatives remain in place.
He added that despite the efforts of the security agencies to restore sanity to the route, “only God can guarantee total safety”.
“I came to see Mr. President, to brief him on the general security situation in Kaduna, which I do from time to time,” el-Rufai said.
“And also to update him on the various initiatives by the Inspector-General of Police, SSS and the Armed Forces, with a view to improving the security situation in Kaduna in general, and particularly along the Kaduna-Abuja Road.
“I want to say here that the initiatives put in place have made the road quite safe now. Anyone can get on that road now.
“I don’t want to go into details of the measures that have already been put in place, but I’m confident of the security measures in place now, so that anyone can be confident to get on the Abuja-Kaduna road now.”
The Senate had last week described the Abuja-Kaduna expressway as the most dangerous road in Africa due to the activities of kidnappers and armed bandits operating on the highway.
“If you believe everything that comes out of Nigerian Senate you will have serious mental health problems,” the governor said.
“There are things that are said there that are just for the gallery, for the media. I didn’t know what statistics that were used to determine that the Kaduna-Abuja road is the most dangerous anywhere.
“I like facts, I like using figures. I wish the people that said that would use figures. But I am saying that no matter what anyone said, last week, I am assuring Nigerians that the Kaduna -Abuja road is quite safe now and would be so long as the initiates put in place by the various security agencies, details of which I am not willing to disclose.
“Only God can guarantee total safety. But I am saying as the governor of the state based on the security measures put in place, I am confident that the road is safe and I drive on that road.”
TheCable had reported how the persistent kidnapping incidents on the road have caused commuters, including elites, to abandon the route for the train station for fear of their safety.