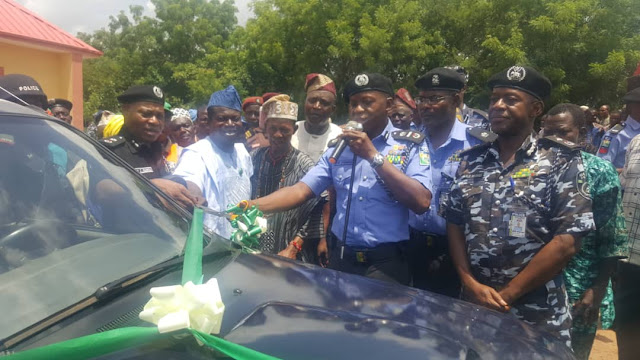 In his speech sent to Godfreytimes by Jetroyal Media,Oyebade at the commissioning which took place on Tuesday, described the police station as state-of-the-art.

He congratulated the people of Igangan community who are home and in the diaspora and delivered compliments from the Inspector General of Police.

Below is the speech


It is with great pleasure and all sense of responsibility that I stand before you this morning. I am most delighted to be a part of the epoch-making commissioning of this state-of- the-art Police Station. I congratulate Igangan community and its sons and daughters both home and in the diaspora, and wish to convey the compliments of the Inspector-General of Police to you all.

The invaluable place of security as an indispensable tool for sustainable growth and development of any community leaves no one in doubt. The survival of individuals, families, groups, or associations is largely dependent on security necessary for peaceful coexistence. It is the primary duty of every responsible government to provide security and welfare for its citizens. The government under the able and dynamic leadership of Mr. President has been living up to expectation in this regard. However, funding of security is very expensive, and it is apparently beyond what government alone can cope with considering its enormous responsibilities, hence it is advocated that individuals, groups, associations or communities should come together and make meaningful contributions towards security in Nigeria. The adoption of community policing as a policing model reechoes the imperative of partnership between the police and the community so as to bring about desired peace and tranquility.

The Abuja Type II Police Station being commissioned here today is part of the IGP’s relentless commitment to bringing policing nearer to the people. It is the hallmark of his administration to promote community policing with particular emphasis on proactive and visibility policing. No doubt the police station will boost crime fighting in Igangan and its environs.

The establishment of this police station is akin to the birth of a new baby. Such baby, after birth, must be fed and properly nurtured to enable it survive. Therefore, the community must not leave the station in the lurch. The station must be supported by every legitimate means possible to enable it provide quality service to the people. This support should come in form of seeing the police officers serving here as part of the community. The old tradition of unhealthy distinction between ‘them’ and ‘us’ must not only be discouraged, it should henceforth be thrown into the waste bin of history.

We must build a formidable and enduring bond between the police and the community they are meant to serve. Community policing presupposes that the people play active involvement in their own security. Not only that, it also requires that the people be involved in deciding policing priorities. Such mutual understanding and collaboration must transcend mere rhetoric. It must be actionable. Prompt and adequate information required to combat crime especially in this part of the state is nonnegotiable.

While we assure you that the police officers that will be deployed here will be professional and that the purpose of establishing this station will not be defeated, we want to sound a note of warning to criminal elements in Igangan in particular and the state in general to abdicate their evil trade and engage in meaningful but legitimate businesses as this area would not be a safe haven for them.

On behalf of the Inspector-General of Police, Mohammed Adamu, NPM, mni, I sincerely appreciate individuals who contributed to the eventual approval for the establishment of the station. The efforts and the genuine commitment of the contractors who handled the project and the Works Department which supervised it are commendable.

I thank you all, and God bless. 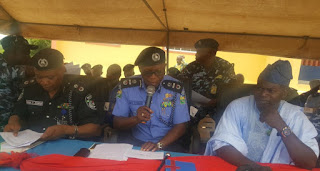 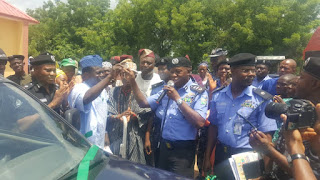 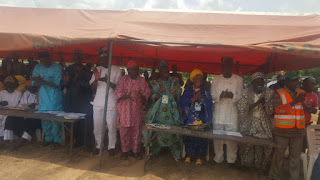 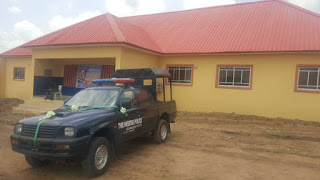 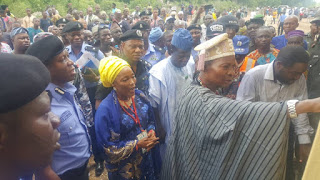