Jonathan: We shouldn’t have a repeat of 2019 elections 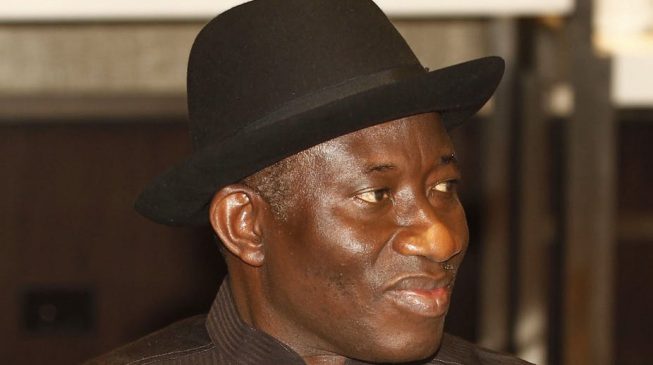 Former President Goodluck Jonathan says Nigeria should modify its laws such that the 2023 elections would not be a “repeat of what happened in 2019”.
TheCable reports that Jonathan made this known during a public lecture and presentation of a book titled “Excellence in Governance and Creativity: Legal Essays”.
The book was dedicated to Nyesom Wike, Rivers state governor.
Referring to newly elected members of the national assembly, Jonathan said protests and rejection of vote results that arose after the polls were caused by lack of confidence in the electoral system.
He said African nations should establish minimum standards that their electoral management bodies should adopt to deepen the credibility of the process.
The programme held in Port Harcourt, the state capital, on Monday.
“Parliamentarians who have won elections to go the national assembly should take a look at what happened in the 2019 elections. We must modify our laws to make sure that in the 2023 elections, some of these things don’t repeat,” he said.
“If democracy must endure in Africa,  then the process leading to elections and the conduct of elections must be done in a way that people will have confidence in the system.
“I believe that in Africa, for us to move forward we have no choice but to look forward to full electronic voting.
“This is debatable because a number of people are afraid that somebody hiding in his toilet can change the figures by pressing one or two buttons on a device, but we can’t run away from this.
“It is the ultimate and we must get there. But before we get there, we have to make sure that Nigeria and other countries must come out with a minimum and acceptable standards of constituting our electoral management bodies, in a way that will inspire the confidence of the people.
“As a nation we must move forward. Nigeria is a very important country in Africa and we must  set the pace in some of these areas. We must not wait for other countries to come and teach us how we should elect our people.”
Jonathan recounted his experience when he led an election observer team to monitor South Africa’s national and provincial elections.
He said political parties had confidence in the country’s electoral body and security system because their processes were transparent, thereby contributing to the success of the polls.
“In South Africa, the first impression the electoral observer missions had was that political parties had confidence in the electoral management body known as the Independent Electoral Commission (IEC),” he said.
“All the political parties we discussed with also had confidence in the IEC and that happened because they were not constituted by just one person.
“They also had maximum confidence in the security system. With that kind of confidence in place, at least more than sixty percent of the problem is solved.”