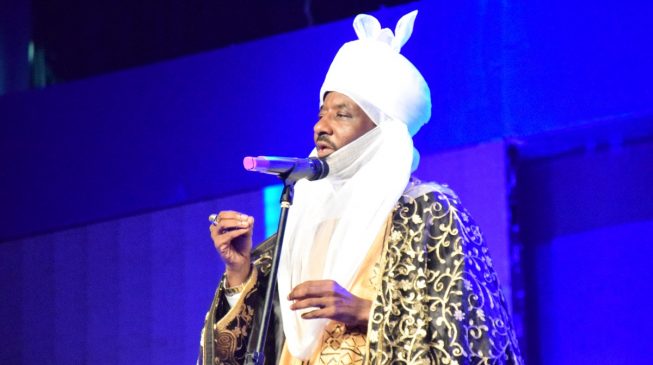 According to TheCable, Isa Bayero, who also served as chief aide to Ado Bayero, Sanusi’s predecessor, told reporters on Thursday about his appearance before the Kano Public Complaints and Anti-Corruption Commission.
He said: “When I appeared before the investigating panel, I was presented with some documents which I went through and I requested for more time to study and return them.
”I was not given any specific time to report but  if I am able to go through the documents today, I will call back the following day to face the panel for further interrogation.”
Isa said he was quizzed and asked to report back on Friday which some documents.
He said he was confident that “truth will prevail” at the end of the day.
Only Bayero appeared before the panel on Thursday.
The three invitees — Mohammad Sani Kwaru, the accountant, Mannir Sanusi, the chief of staff, Danburan Mujittafa and Falakin Kano — did not honour the invitation.
On Monday, TheCable reported exclusively that the governor of Kano state, Abdullahi Ganduje, had concluded plans to break up the emirate under Sanusi into five.
There are also plans to depose him as the emir of Kano.
On Wednesday — a day after the bill was introduced to the house of assembly — it was passed into law breaking up the emirate.
Ganduje assented to the bill same day.