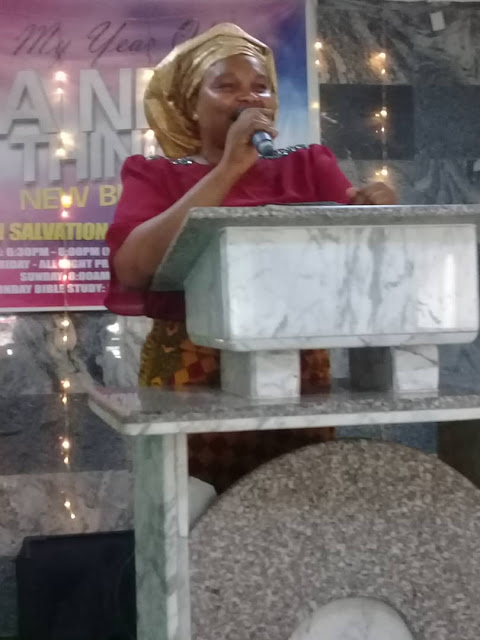 Virtually everyone celebrates mother's day: it is a time when children appreciate their mothers, men appreciate women and even prospective men join in appreciating not just the women but prospective women as well, in the same vein, organizations, institutions both local and foreign, religious bodies et al join the fray.


Amongst all celebrations around the world, Godfreytimes brings two mother' s day happennings from Nigeria (where the blessed women of El- Shaddai Salvation Family Ministries (ESFM) made the kingdom worship one to always remember with the awesomeness of praise & worship, drama and a very brief but apt message that rounded off the mother's day celebrations in the church), and to Ghana where mothers were celebrated with a health screening. 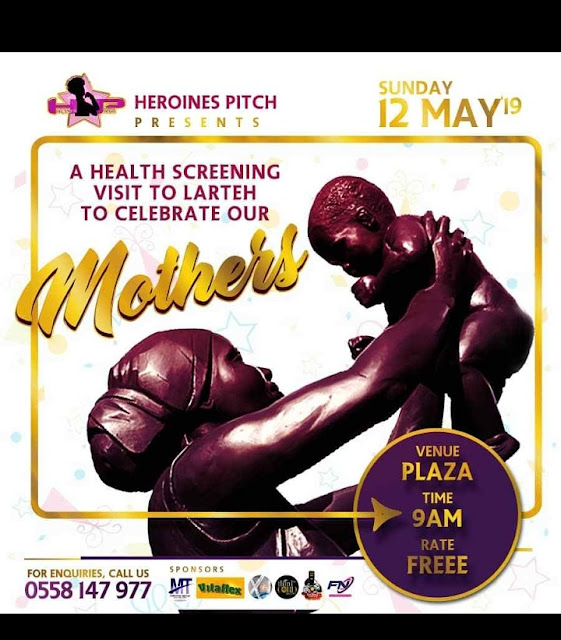 The message titled "Virtuous Woman" by esteemed Pastor Mrs Benedicta Enakhena was one with cogent armies of questions and relatable insights that are a takehome for not just the women but the men as well.

Exhorting women to beautify theirselves, Mrs Enakhena asked: who can find a woman like you? not waiting for an awswer (even though she got a rousing reaction from the congregation), she said a virtuous woman cares for her beauty. With the mastery of a good preacher, she gave a good pause and went on asking:where is that beauty when your husband first saw you? have you thrown it into the dust-bin? 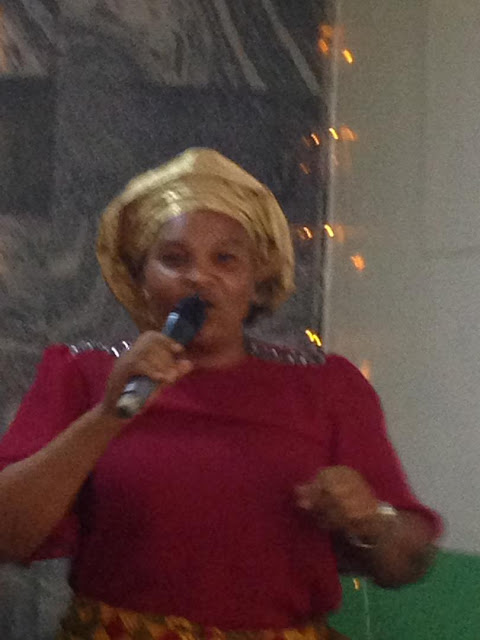 After lighting a mind in the dark with these questions, Mrs Enakhena poked the men with the truth saying that we should respect and love our wives...make them feel the way they look like when you first saw them. Men in the house notice your wives. Before the children you were together and after them you will still be together...the children will marry and go and it will be just the two of you.


In the Eastern Region of Ghana, the Heroines Pitch an NGO celebrated the mothers of Larteh town with a health screening and some party by serving them drinks and pastries garnished with some music while their health was being checked and a buffet waiting to be ravished after the health exercise.

Speaking with Godfreytimes Mariam Teboah Boateng, Founder /President of Heroines Pitch described the celebration which was sponsored by X Natural Mineral Water, Vital fresh, Mari-Teg Fruit drink as powerful adding that the women needed them to always be around. 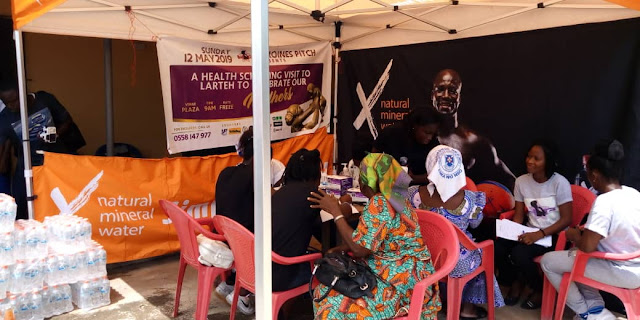 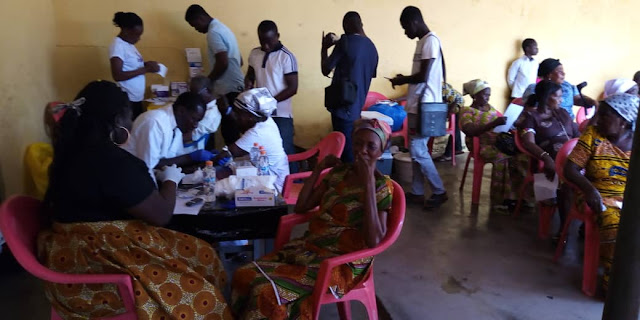 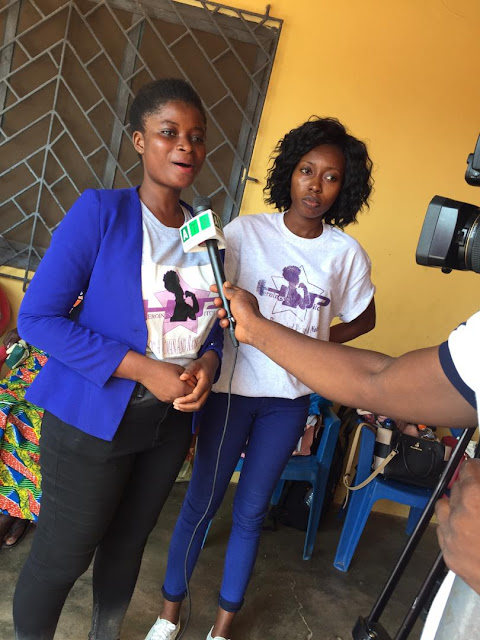