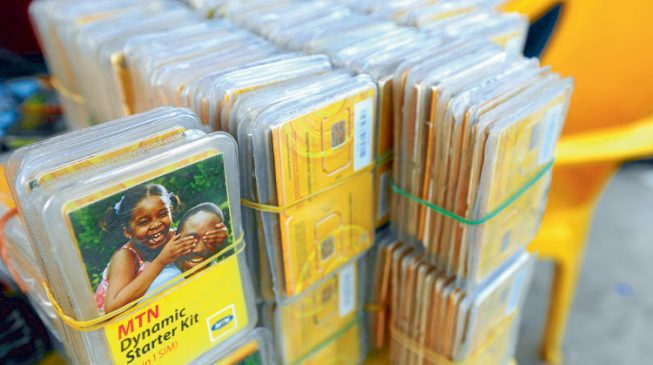 MTN Nigeria Communications Plc (MTN), has paid the sixth and final instalment of N55 billion to the Nigerian Communications Commission (NCC).
TheCable reports that this completes MTN’s payment of the N330 billion negotiated settlement agreed between the NCC and the company in 2016.
According to Tobechukwu Okigbo, MTN’s chief corporate relations officer, the successful resolution of the fine was the outcome of active collaboration between the NCC and MTN.
“We are very pleased to have completed the payment of the N330 billion negotiated settlement with the NCC,” he said.
“We are particularly gratified to be in a position to have fully met the terms of the settlement within the agreed timeframes.
“I would like to thank the NCC for their constructive and collaborative approach to this issue, and believe that we emerge from it with a stronger relationship, focused on ensuring maximum value is delivered to our people, from a strong and growing telecoms sector.”
In October 2015, the regulator slammed MTN a fine of N1.04 trillion following failure to cut off five million unregistered subscribers after a deadline set by NCC, in agreement with major telcos in the country.
The fine was eventually reduced to N330 billion with a condition that MTN will list on the Nigerian Stock Exchange (NSE) — a condition that has now been met by the telco.
In a statement last week, NCC disclosed that MTN had paid N275 billion and had N55 billion to go, with nine days left on the clock.
“Following a negotiated reduction of the N1.04 trillion fine on MTN Nigeria to N330 billion and in line with the staggered payment arrangement, MTN has, so far, paid N275 billion to the Federal Government,” NCC had said.
“What this means, according to the staggered arrangement, is that May 31, 2019 would be the deadline for the telecoms company to pay the sixth and final tranche of the balance of N55 billion.”

As at the time this report was filed, the NCC had not yet acknowledged to the press, the receipt of the final payment.