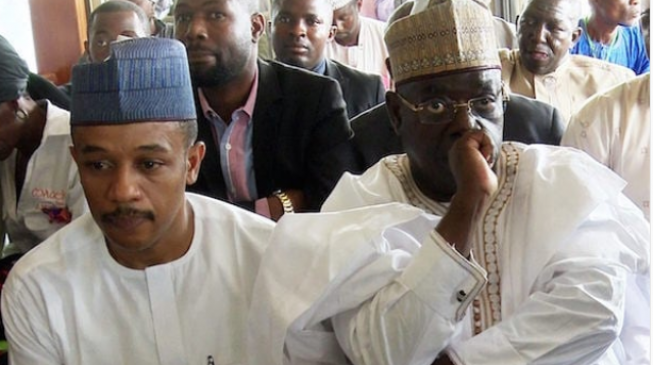 The Minna division of the federal high court on Thursday issued bench warrants for the arrest of Babangida Aliyu, former governor of Niger state, and Umar Nasko, his former chief of staff.
Culled from TheCable, the judge, Aminu Aliyu, also revoked the earlier bail granted Aliyu and Nasko for failure to respect hearing notices served on them to appear in court.
Aliyu and Nasko were ordered to appear in court on Thursday for re-arraignment after their alleged N1.9 billion fraud case was re-assigned to Justice Aliyu.
Their counsel did not show up.
Olajide Ayodele, counsel to the former governor, however, sent a letter praying for an adjournment.
The case was adjourned until May 27.