Ndume: I’ll be the next senate president 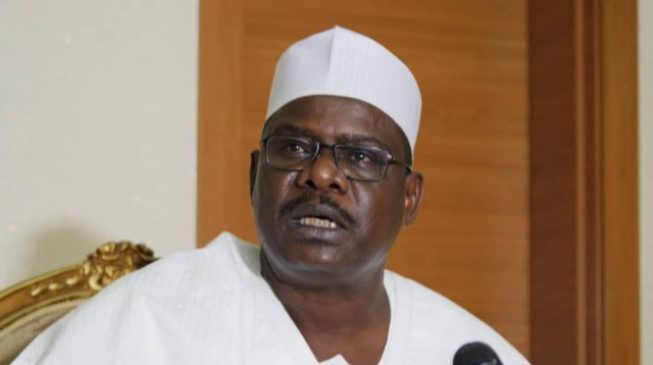 According to TheCable, the senator, who spoke with journalists in Lagos on Monday, said there was no time the All Progressives Congress (APC) asked him not to run for the position of senate president.
According to him, Adams Oshiomhole, national chairman of the APC, had explained that the party only recommended Ahmad Lawan as the preferred choice and had not imposed him on the senators.
“I have written the party, indicating my intention to contest. Even my national chairman, Adams Oshiomhole, publicly said they only recommended Lawan and not that they are stopping anybody,” Ndume said.
“As I speak with you, nobody has consulted me to say ‘don’t run for Senate President’.  Everybody has the constitutional right to do that.”
The lawmaker said he joined the race to win since he has the support of his colleagues and party leaders to contend for the position.
“We have 109 senators and each of them have one vote. If you are contesting to be the Senate President, you have to reach out.  But at the beginning, I was cautious because I am a party man. So, when the party said ‘don’t go there,’ I did not,” he said.
“But the party came out again and said, ‘You can reach out to them now,’ so I reached out to them.
“So far, the response I am getting from my colleagues from the APC and other parties is very encouraging.  I am in this race to win; I am talking to everybody.  I have the telephone numbers of all the 109 senators-elect and I call them.
The lawmaker had in April released a document which contained his nine-point agenda for his tenure, if elected the senate president.