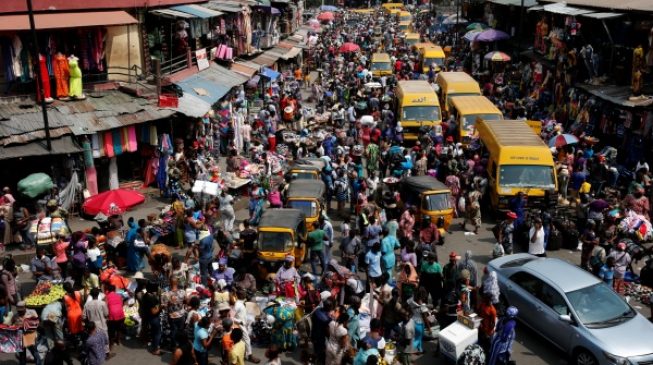 Abdul’aziz Yari, governor of Zamfara state, says, the increasing rate of unproductive population in the country constitutes a time bomb.
Culled from TheCable, Yari, who is the former chairman of the Nigeria Governors’ Forum (NGF), spoke during the valedictory session of the national economic council (NEC) held at the state house, Abuja on Thursday.
The governor said urgent actions must be taken to address the “alarming increase in the number of unproductive population in the country”.
He, therefore, urged the federal government to expand the economy by way of spending more on the nation’s agricultural sector to check the menace of youth redundancy in the country.
“I will say, yes, government has done tremendously well in terms of expanding the economy through agriculture by spending over N200 billion through the anchor borrower programme but we need to do more because we all agree that agriculture is the mainstay of this economy,” he said.
“It provides over 80 percent of the employment. So, if two trillion naira can be spent yearly on oil development, we need to increase our spending on agriculture too.
“With what we are seeing as governors especially from the zone where I come from, the rate of population growth, if nothing is done to address it, I am afraid Mr Chairman, we are sitting on a time bomb. And that’s the truth.
“Mr Chairman, we have a very gigantic job and we have to start now. If other associations are doing nothing, we have to lay a foundation otherwise in the next 10 to 15 years if we did not plan properly, we will be faced with a serious problem.
“I think even Niger Republic that is not up to the size of Kano state, they have their plan on the population; they know the number of people they have, the dead, newborn and all. Mr Chairman, if Nigeria must move forward, we must expand our economy.”
On ways to boost the nation’s revenue, Yari said revenue generating agencies of the government should be given targets.
“With my experience from 2011 till date, I think we are just giving them free hand. Proactive measures must be taken to ensure that some laws are repealed most especially the ones that have to do with Nigerian National Petroleum Corporation (NNPC), the issue of Offshore, royalties payment and other issues,” he said.
“We need to give them a kind of target even the NNPC itself. What the NNPC is spending especially when it comes to the issue of cash call, it’s in trillions but what comes into the basket for two hundred million people to share is very meager.”he said.