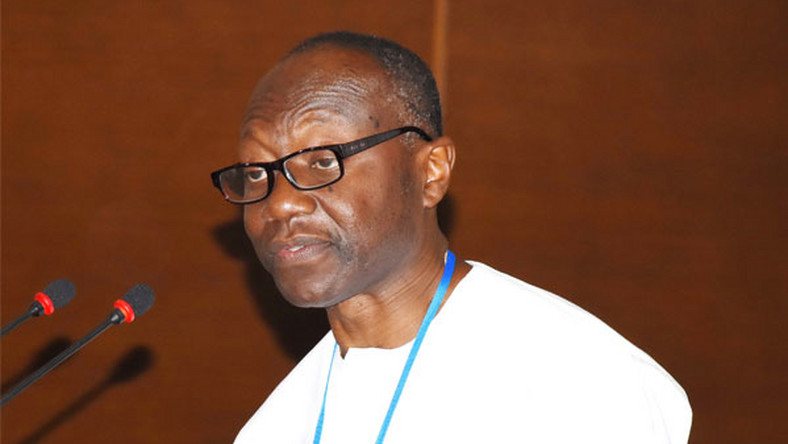 Finance Minister, Ken Ofori Atta
The Finance Minister, Ken Ofori Atta has attributed the relative stability of the Ghana cedi to divine intervention, primenewsghana report.
Speaking at a presentation at the World Meets-In Ghana Investment Forum in Kumasi over the weekend, the Finance Minister said since March 30, 2019, the economy has experienced a significant turnaround.
“The week of March 30th was an incredible week. The Cedi was doing a salsa that we couldn’t control. We were going out of the market to raise money and the board of IMF was meeting to look at how we were going to exit the programme. In that space of 48 hours, the cedi stabilized, we exited the IMF well and we issued our bonds to great reception. So, it is a week we will always remember and we thank God for that. When major issues like that happen, you can only say that it is by divine intervention”.
He used the opportunity to thank Ghanaians for the patience they showed during the period the cedi was not stable.
“There is a lot more to go but we need to recognize that for a country to really move through this in 30 months, it is something that we need to thank the good people of Ghana for their patience and thank the Almighty God for our leadership in the presidency for bringing us thus far”.
Vice President and the head of the Economic Management team Dr Mahamudu Bawumia has given reasons why the cedi depreciated from January to March this year.
Speaking at a town hall meeting in Accra to address issues regarding the economy, Dr Bawumia said the seven action plan given to the country by the IMF, which was to be completed by March this year, was the caused of the Cedi depreciation.
According to Dr Bawumia, while the cedi was depreciating the Bank of Ghana could not intervene because the Central Bank was required to increase its net international reserves to the level of December 2018, which means the Bank of Ghana could not sell any foreign exchange on the market.
The Cedi depreciated for the first three months of 2019, the situation made it difficult for businessmen to transact business smoothly.Explaining the real cause of the cedi depreciation, Dr Bawumia said:
"the most important and the proximate cause of the the recent depreciation is the time inconsistency of an IMF prior action on the reserves target, at the end of January as part of the 7th prior actions to get to the IMF board and completion of the IMF programme the IMF gave Ghana 7 actions to complete before March 2019, one of the conditions that the Bank of Ghana had to meet was to increase its net international reserves to the level of December 2018, to increase the net international reserve however meant that the Bank of Ghana could not sell any foreign exchange in the market, they have to hold their hands to the back and could not intervene on the market during this particular market so demands for foreign currency was not met by supply as it normally happens on a day to day basis, we when the demand is greater than the demand the price will go up and this is exactly what was happening."