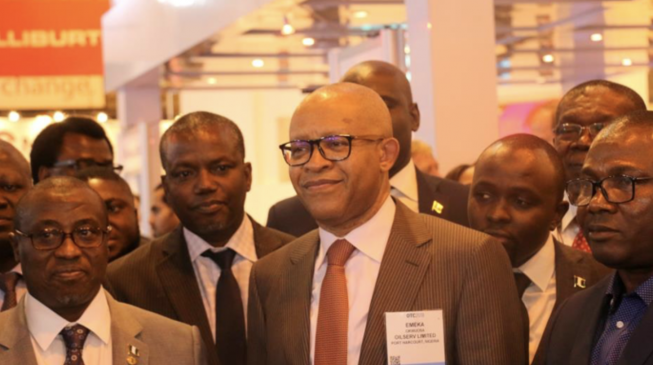 Emeka Okwuosa, chief executive officer, Oilserv Limited, says the increased rate of kidnapping and banditry in Nigeria’s north is not a threat to the Ajaokuta-Kaduna-Kano (AKK) gas pipeline project, TheCable reports.
Okwuosa made this known in an interview on the sidelines of the Offshore Technology Conference (OTC) in the US.
The AKK gas pipeline is designed to enable gas connectivity between the east, west and north, which is currently inadequate.
It would also enable gas supply and utilisation to key commercial centres in the Northern corridor of Nigeria with the attendant positive spin-off on power generation and industrial growth.
Okwuosa said while threats of kidnapping and insecurity are a cause for concern, there are ways to deal with it.
“If the north does not have energy, unemployment continues, security problems continues, everybody will suffer. That’s a basic thing,” he said.
“We are in Nigeria and we’re Nigerians. If there is kidnapping, we deal with it. You’re not going to stop developing Nigeria because there is kidnapping,” he said.
“In construction, we’re tested and we’re knowledgeable. We worked 100% between 2002 to 2007 when kidnapping was the norm in the Niger Delta. Oilserv remained there. We worked in the swamp, we maintained all the pipelines.
“So there are ways to do that. It’s not going to be an impediment at all. It’s a concern, but we have to deal with it, we have procedures to deal with it.”
On the $2.8 billion earmarked for the project’s funding the Oilserv CEO said the federal government through the Central Bank of Nigeria (CBN) has provided an instrument of compatibility to serve as security.
He said this guarantees to foreign financiers that every collections in naira will be converted to dollars.
“We’re going through that process and we’re almost there because we have almost finalised all the securities,” he said.
“But let me tell you also that we have started with the early works , we have started with the engineering. As we speak, AKK has started.”