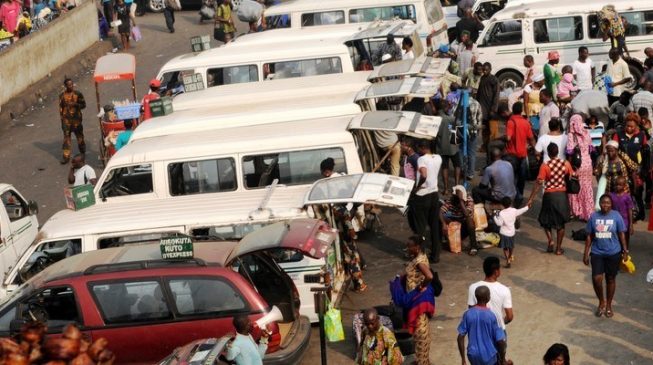 The Oyo government has taken control of all motor parks in the state following a ban on the National Union of Road Transport Workers (NURTW) by Seyi Makinde, the governor.
TheCable reports that Bisi Ilaka, chief of staff to the governor, disclosed this while speaking with journalists at the governor’s office in Ibadan, on Friday.
The government’s action followed alleged security breaches and factional clashes of the union members in some areas of Ibadan, the state capital.
Six members of the union were reportedly arrested between Wednesday and Thursday for allegedly causing trouble at motor parks.
“While appreciating the good people Oyo state for their steadfastness overtime and support for this administration, we stand on the need to maintain peace and tranquility in the state in order to engender commercial and human development,” Ilaka said.
“After today’s deliberation with security stakeholders’ meeting, involving security chiefs and the government, we have resolved to proscribe the Nigerian Union of Road Transport Workers (NURTW) until further notice.
“All activities of the union remain illegal henceforth and we urge the people of the state to go about their lawful duties without fear of molestation.
“Parks and garages in the state have been taken over by the Oyo state government with immediate effect.”
Ilaka said the security task force in every community has been charged to take control of the area and maintain peace and order while assuring the residents of adequate protection of their lives and property.
There had been apprehension in the state following the emergence of Makinde as governor, as factional members of the NURTW were threatening to effect a change of leadership once the governor is sworn in.
Lamidi Mukaila, aka Auxillary, who was a former chairman of the union and a supporter of the new administration, had said it was time for new leadership to take over the union.
“They have had their time, it’s our time. I am sure they won’t contest it, “Mukaila had said.
“There is a protocol in NURTW, which we have all been operating with. You assume the leadership of the union when a party you have a relationship with wins.
“Road transport profession is different now. The current chairman knows the rule. During our own time, we abided by it. It is their time; they should abide by the current situation. It is God that crowns and God has spoken.”
Abideen Olajide, popularly known as Ejiogbe, is currently the acting chairman of the union.