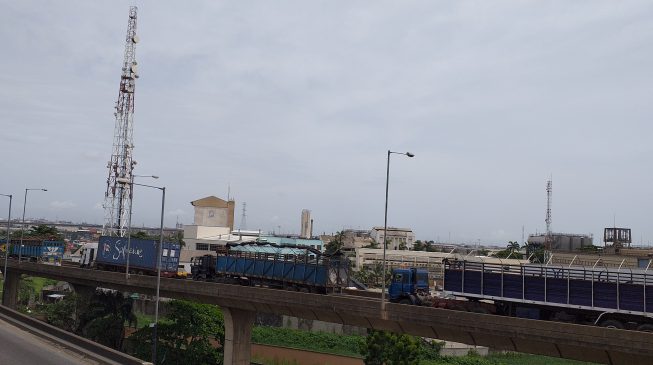 On Tuesday, President Muhammadu Buharigave truck drivers 72 hours to vacate access roads to the port in Apapa, Lagos.
He also ordered the immediate removal of all trucks from the bridges and roads within Apapa and all adjoining streets leading to the area.
The order was meant to clear gridlock in the area referred to as the gateway to the nation’s economy. Although the area is known for heavy vehicular movement, TheCable reports that articulated trucks have worsened the traffic congestion.
When the reputably credible online newspaper visited on Saturday, trucks were still seen on Eko bridge, Ijora bridge, Apapa bridge and other roads that lead to the port.
Below are  some pictures: 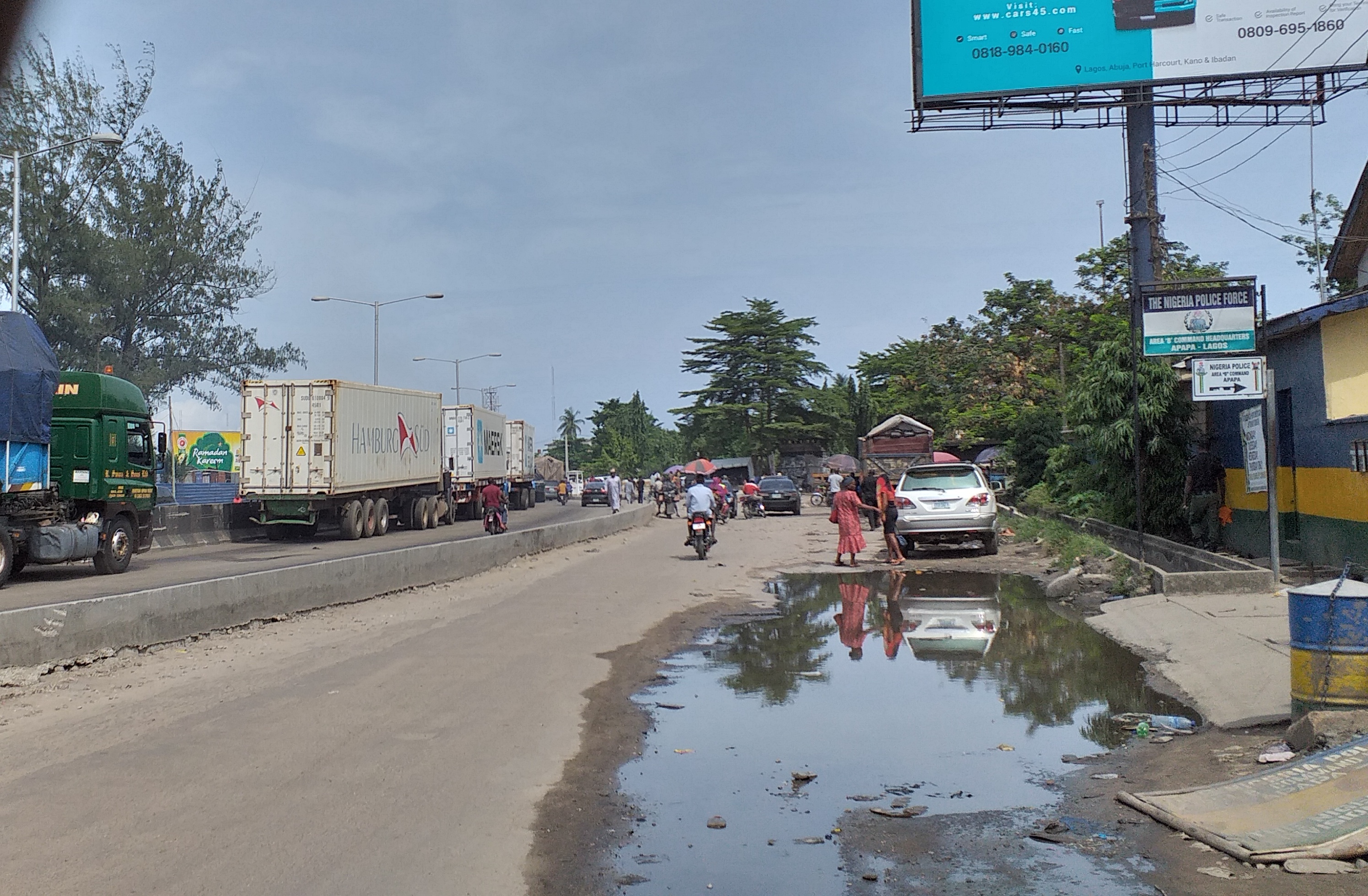 A truck involved in an accident on Apapa bridge

Trucks parked on Eko bridge 72 hours after the ultimatum

A driver sleeping under his vehicle at Ijora