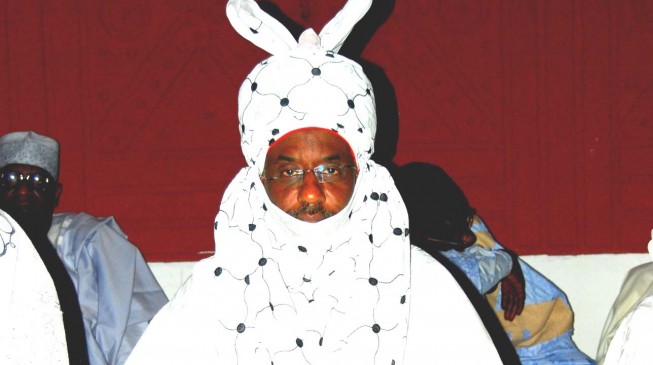 Meanwhile, the Kano State Public Complaints and Anti-Corruption Commission is going ahead with the investigation of  the emirate under him which can lead to his deposition.
TheCable reports that the commission had alleged the misappropriation of N6 billion by the Kano emirate council “without the approval of the state government”. The probe, which was halted in 2017, has now been revived.
Isa Bayero, a former official of the Kano emirate council, has been directed to appear before the commission on Thursday to shed light on the payment vouchers from 2013 to 2017.
On Wednesday, the Kano state house of assembly had passed a bill breaking up the emirate in the state and Abdullahi Ganduje, governor of the state, passed the bill into law a few hours later.
This happened two days after TheCable reported that Ganduje was plotting to either remove Sanusi or whittle down his power.
The state now has five emirates: Kano, Rano, Gaya, Karaye and Bichi and five emirs of equal jurisdiction.
Kano emirate headed by Sanusi has 10 local governments: Kano Municipal, Tarauni, Dala, Nassarawa, Fagge, Gwale, Kumbotso, Ungogo, Dawakin Kudu and Minjibir.
Kano and Rano emirates will control 10 local governments each while Gaya, Karaye and Bichi will control eight, seven and nine local government areas respectively.
Among the new division, Rano emirate will control Rano, Bunkure, Kibiya, Takai, Sumaila, Kura, Doguwa, Tudun Wada, Kiru, Bebeji.
Gaya emirate has Gaya, Ajingi, Albasu, Wudil, Garko, Warawa, Gezawa, Gabasawa LGAs.
Karaye, Rogo, Gwarzo, Kabo Rimin Gado, Madobi, Garun Malam LGAs will be under the Karaye emirate.
Bichi emirate will control Bichi, Bagwai, Shanono, Tsanyawa, Kunchi, Makoda, Danbatta, Dawakin Tofa, Tofa local governments.
A copy of the law seen by TheCable reads: “there is hereby established for the state a Council to be known as the Kano State Emirate Council (in this Law referred to as the “Council”) which shall comprise of the entire Kano State as its area of authority.
“The Council shall be a body corporate with perpetual succession and a common seal and may sue and be sued in its corporate name.”
It added that emirate council shall consist of five emirs, secretary to the state government, the commissioner for local government and chairmen of all the local government councils in the state.
Also, members of the council will be at least two kingmakers from each of the five emirates and not more than five other members to be appointed by the governor.
The law also spelt out that the chairmanship of the council shall be on rotational basis among the emirs.
“Nothing In this section shall preclude an Emir from any of the emirates from the contest of the Emir of Kano so long as he Is an heir to the throne,” it read.