Secondus to Buhari: Work with state governors to tackle insecurity 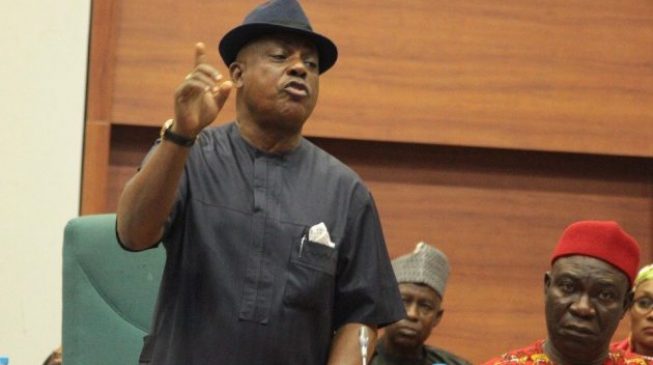 Uche Secondus, national chairman of the Peoples Democratic Party (PDP), has asked President Muhammadu Buhari to work with the state governors to tackle the security challenges in the country, According to TheCable
Secondus gave the advice at a thanksgiving service by Nyesom Wike, governor of Rivers state, in Port Harcourt, on Saturday.
According to a statement by Ike Abonyi, his special adviser on media, the PDP chairman lamented that the issues of insecurity were overwhelming to the government due to its detachment “from the people through its isolationist system of governance.”
He called on the federal government to engage in fresh strategies aimed at tackling the worsening security situations in the country.
“You cannot isolate the people you govern and expect to get the necessary cooperation and support needed to tackle issues like security,” he said.
“That’s why they must try to carry the state governors along if they hope to decisively tackle the security challenges.”
Secondus also hailed Wike’s victory in the 2019 governorship election, adding that “they were in Abuja, playing God, sending military, saying it will never happen but they forgot that nobody can surmount the army of God.”
The PDP chairman lauded the people of the state for standing up in defence of democracy, adding that “the supreme sacrifice of deaths” and other challenges they went through during the election cannot be in vain.