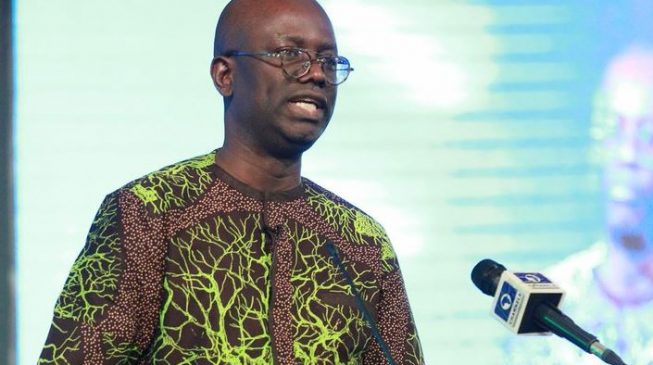 Speaking on Wednesday, in a report seen on TheCable, Adeniyi said oil earnings are already not enough to meet recurrent expenditure and things may get worse for many states in the country.

The ‘Power, Politics and Death’ author made this statement at The Platform, an annual conference organised by Covenant Christian Centre.

“The reality is that we are in a situation in which what we earn as a nation mostly from oil rent is not enough to meet recurrent expenditure. With the new minimum wage, things can only get worse for many of the states and maybe even the federal government that is now heavily indebted,” he said.

“That there will be a convulsion at some point is no longer in doubt. What will trigger it is what one may not be able to put his finger on.

“Therefore, it’s either we have a conversation about the future of our country in an orderly manner or it is forced upon us under circumstances in which we may have little or no control. We are already living on borrowed time.”

Comparing Nigeria’s situation to that of a family who depended on income earned from a cow, he said Nigeria might not achieve economic diversification if it does not get to “a critical level of constructive dissatisfaction with the status quo”.

Restructuring now a weapon of blackmail

Adeniyi, who was a special adviser to late President Umar Musa Yar’adua, said restructuring is now used as a weapon of blackmail.

“There are those who are fixated on the number of local governments in Kano as opposed to the number in Lagos or that some people are ‘productive’ just because oil is buried under their soil.

“There are also those who are obsessed about creating parity among some ethnic nationalities as well as those who, like my friend Louis Odion would say, enjoy presiding over the seating arrangement in a sinking Titanic on a perilous sea even when it should be glaring to the discerning that the current structure is unsustainable.

“The restructuring that most of us advocate is not about north or south, east or west nor is it about the distribution of rent. It is about how we can harness the potential of our country for the greater good of our people.”

He said that Nigeria has to migrate to a place where oil earnings are used exclusively for capital expenditure in human and physical infrastructure.