Shi’ites set US flag on fire in Abuja 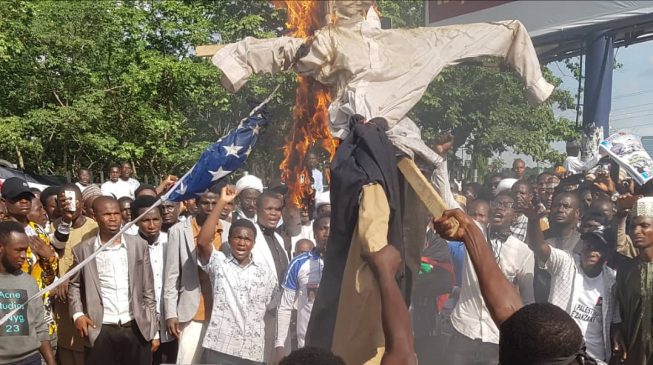 Members of the Islamic Movement in Nigeria (IMN), better known as Shiites, set ablaze the national flags of the US and Israel during a massive protest in Abuja on Friday.
The protesters, who converged on Wuse market junction, described both countries as enemies and oppressors of the people of Palestine.
TheCable reports that Abdullahi Musa, secretary of the academic forum of the movement, said the flags were burnt to show anger against the countries over their “oppressive tendency” against Palestine. 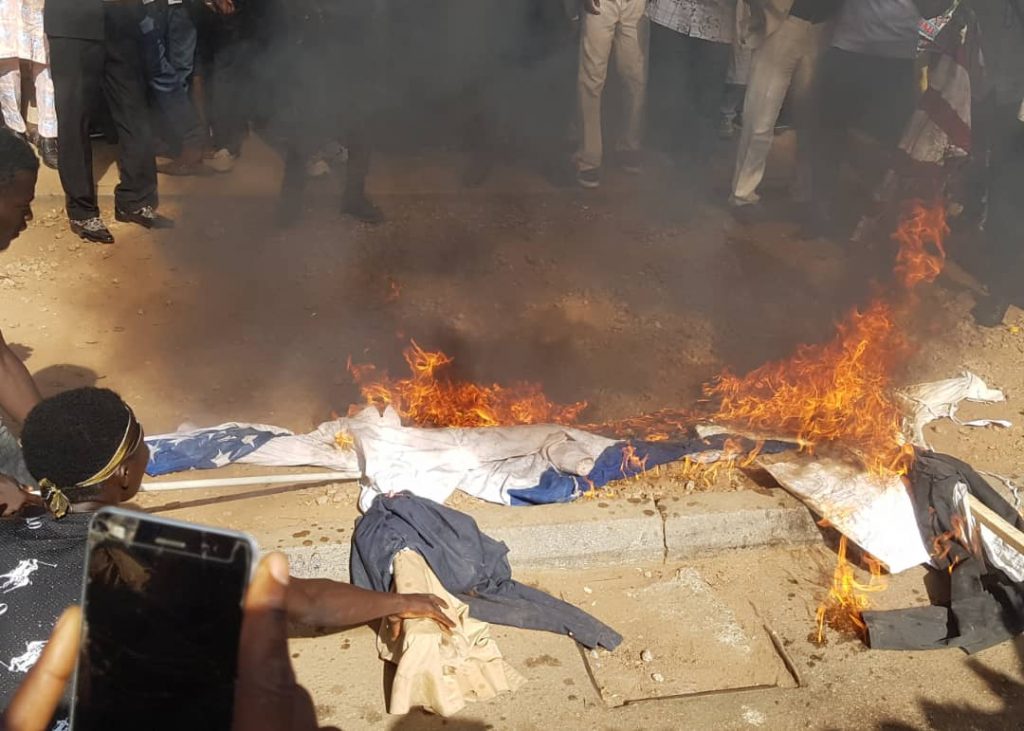 The flags were displayed to the crowd with the caricature of President Donald Trump before some members of the group sprayed fuel on them.
The incident led to traffic logjam in the area. Also, three coffins wrapped with Palestinian flags were on display which signified the three children of Ibraheem El-Zakyzaky, leader of the group, who were killed by the security operatives during a protest in Zaria, Kaduna state, in 2015.
The movement said the protest was organised to drive home the demand for President Muhammadu Buhari to release El-Zakyzaky to enable him seek medical attention.
The group vowed to continue with the protest irrespective of the  “intimidation” by the security agents.
The security operatives had on Friday morning  mounted several  roadblocks  along Maraba-Abuja express way  subjecting people to security checks.