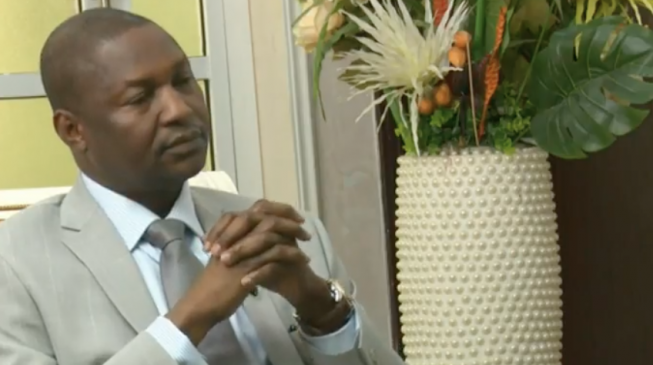 Some civil society organisations have called on President Muhammadu Buhari to find a replacement for Abubakar Malami, the attorney-general of the federation (AGF), over the payment of $15 million to lawyers he engaged for the repatriation of $321 million Abacha Loot.
According to TheCable, Enrich Monfrini, a Swiss lawyer hired by the federal government since 1999 for the recovery of the loot, had already completed the job, and been paid his fee.
In a series of interviews with TheCable, Monfrini insisted that there was no need for the AGF to engage new lawyers.
Rather than write directly to the Swiss authorities to seek the transfer of the funds to Nigeria, Malami, however, engaged Oladipo Okpeseyi and Tope Adebayo for the purpose, and despite the outcry, the lawyers were eventually paid secretly.
At a press conference in Abuja on Wednesday, the coalition said the president who promised to fight corruption is losing the momentum.
“We recall the shady deal involving the minister which led to the approval for payment of a highly controversial and contentious payment of $17 million to two lawyers for an already concluded deal on the repatriation of the Abacha
Loot from the Swiss Bank,” Ezenwa Nwagwu, convener of Say No Campaign, who spoke on behalf of the coalition, said.
“One of the greatest disappointments in the fight against corruption under this administration has come from the Office of the Attorney General of the Federation and the Minister of Justice, whose actions and inactions have continued to bring shame to the proclaimed anti-corruption campaign of the administration and huge losses to Nigeria.
“Statutory provisions make the office of Attorney General of the Federation pivotal to the fight against corruption, charging its occupant with the sole responsibility to deliver justice, in PUBLIC INTEREST, in its actions, inactions and decisions. This is as contained in Sections 174(1) (2) and (3) of the 1999 constitution of the Federal Republic of Nigeria, as amended.
“Sadly, Nigerians recall many shady and odious roles the current Attorney General of the Federation and Minister of Justice, Abubakar Malami has played to deliberately frustrate the fight against corruption the last three years.”
The group listed the AGF’s alleged role in the “fraudulent” reinstatement of Abdulrasheed Maina, former chairman of the Pension Task Force, into the civil service.
Malami was also said to have been fingered in an attempt to frustrate the investigation and prosecution of the director-general of the Nigeria Broadcasting Commission (NBC) for his “involvement in the diversion” of about N2.5 billion.
He was also accused of superintending over a “systematic strategy of frustrating the freedom of information (FoI) law, as government agencies have found cover and a new boldness to ignore and treat, with impunity, the many FOI requests in order to frustrate any accountability effort by concerned public”.
The AGF is yet to respond to a series of FOI requests sent by Cable Foundation, seeking information on the Abacha Loot, after more than a year.
In its recommendations, the coalition said as Buhari prepares for swearing-in and commencement of his second term on May 29, he should; “immediately relieve and replace the current Attorney General of the Federation, Mr Malami, in order to salvage the fight against corruption and recover public confidence and support for the fight against corruption.”
The civil society organisations also want the president to reconfigure his fight against corruption by ensuring people with questionable characters are not appointed to sensitive positions capable of curtailing the independence of key anti-corruption agencies and the fight against corruption.
The coalition include: SAY NO CAMPAIGN, YES Project, YIAGA AFRICA, African Centre for Media and Information Literacy(AFRICMIL), The Civil Society Legislative Advocacy Centre (CISLAC), Cable Foundation, Action Aid Nigeria, and Lawyers’ Network Against Corruption (LAWNAC).