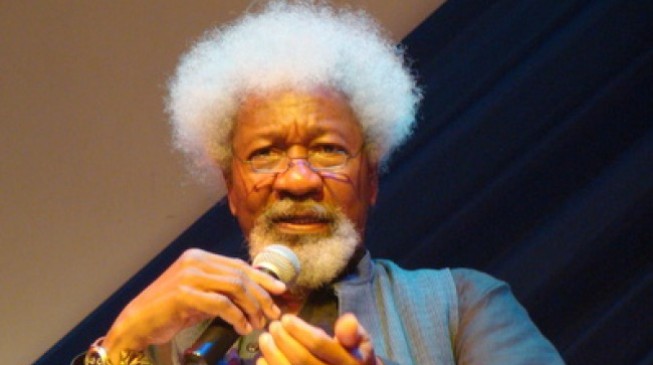 Wole Soyinka, nobel laureate, has urged the federal government to consider the comment by Olusegun Obasanjo, former president, on the rising insecurity in the country.
The foremost playwright was speaking at an event organised by the United Bank of Africa to mark the 2019 Africa Day, in Lagos, on Wednesday.
While delivering a lecture on Saturday in Delta state, Obasanjo had said the Boko Haram crisis had become an agenda for “West African Fulanization, African Islamisation”.
In reaction, Lai Mohammed, minister of information, said such comment by the former president is absurd and divisive.
TheCable reports that Soyinka said rather than dismiss Obasanjo’s comment, the government should deal with its substance.
He said leaders should not be too carried away by the “marvelous concept of unity” to the point of ignoring the issues that threaten the existence of the nation and its people.
Soyinka urged the government to prioritize the material condition of its citizens, saying “we are being re-colonized by a number of forces.”
“We should be careful not to be too dismissive over the matter. The Federal Government is leaving aside the substance, which is the high level of kidnapping, youth suicide and terrorism in the country. I support unity in Africa but we need to particularize the area of unity we seek. Even Boko Haram also tries to unify everybody,” he said.
“Everybody knows me and Obasanjo, and I think we should be careful not to be too dismissive or abrasive. The language must be put aside and let us deal with the substance.
“Let us analyse carefully what the (former) president has said. I was listening to the Minister of Information; they are living aside the substance and dealing with the person. Obasanjo also called for a meeting to deal with the social malaise of suicide, kidnapping, noting that we had better sit down and tackle this issues.”