Tribunal fixes May 22 to hear PDP, Atiku motion against Bulkachuwa 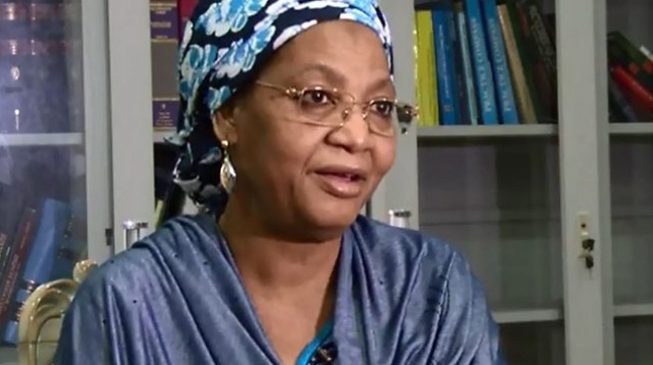 The presidential election petition tribunal has fixed May 22, to entertain an application seeking Zainab Bulkachuwa, a judge, to recuse herself from sitting over the five-man panel, alleging fear of pre-conceived bias.
Culled from TheCable, the court had fixed Wednesday to begin pre-hearing session on petition filed by the Peoples Democratic Party (PDP) and Atiku Abubakar, its presidential candidate, challenging the outcome of the February 23 president election.
The PDP had asked Bulkachuwa to withdraw from the five-member panel of the presidential election petitions tribunal, saying she would likely be biased while handling the tribunal’s proceedings.
Bulkachuwa, also the president of the court of appeal, adjourned proceedings on the matter to allow the two petitioners file a formal application against her membership of the panel.
Levy Uzoukwu, counsel for both PDP and Abubakar, had earlier filed an oral application to be granted permission for all counsel to meet with the members of the panel in chambers.
Bulkachuwa went ahead to grant the request by ordering a stand down on the matter.
Upon their arrival from chambers, Bulkachuwa immediately disclosed in the open court the informal call by the petitioners for her to withdraw from participating in the hearing of their petition.
She, however, said such an action must be formally placed before the court through an application that should be argued by all parties.
“The counsel for the two petitioners have raised an issue in chambers directing me to recuse myself from hearing their petition,” she said.
“This matter has initially been brought to my attention in a letter from the office of the National Chairman of the Peoples Democratic Party, dated May 8.
“Their request is now in a public domain, but the counsel for the petitioners must approach the court with a formal application.’’
NAN reports that the PDP and its presidential candidate in the February 23 general election are before the tribunal to challenge the outcome of the election.