We expected bribery allegation against Jonathan after his election duty in S’Africa, says aide 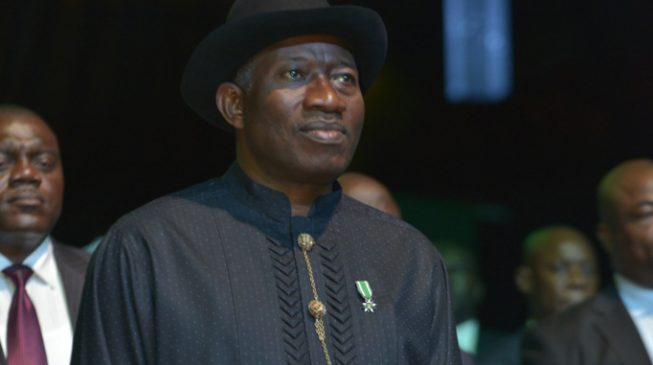 Ikechukwu Eze, media adviser to former President Goodluck Jonathan, says the bribery allegation against his principal was expected after his election duty in South Africa.

In a statement on Saturday, Eze said the former president did not ask for or receive any bribe in regards to the controversial OPL 245 oil deal.
Documents reportedly filed at a London court by the federal government had claimed Jonathan and Diezani Alison-Madueke, his former minister of petroleum resources, broke the law for making a secret profit and sidelining the government from its true share of the deal.
TheCable reports that Eze stated that documents detailing transactions and decisions of the federal government on the OPL 245 oil block during Jonathan’s administration are accessible in relevant government offices.
“Our attention has been drawn to a media report which alleged that lawyers to the Federal Government had, in a London court filing, accused former President Goodluck Jonathan of accepting bribes in order “to broker a $1.3 billion oil deal eight years ago”. We will quickly dismiss this report as a recycled falsehood that is blatantly dishonest, cheap, and predictable,” Eze said.
“Although there is nothing new in this fabricated bribery claim which we had severally debunked in the past, we will continue to restate the following facts:
“Former President Goodluck Jonathan did not ask for or collect any bribe, neither has he been charged for asking or collecting bribes, neither will he ever be charged with asking for or collecting bribes, because such never happened.
“That this particular dispute predated the Jonathan administration and survives it.
“That former President Jonathan is 61 years old and throughout his life has never opened an account, nor owned property outside Nigeria. Perhaps those behind this latest propaganda would be bold enough to make the same deposition?”
Eze noted that recent national events have continued to vindicate the former president as the world continues to celebrate him.
“In fact, we expected something like this ever since it was announced that former President Jonathan would lead the Election Observation Mission of the Electoral Institute for Sustainable Democracy in Africa to South Africa’s national and provincial elections,” he stated.
“We have always made it clear that beyond this wave of conjecture, former President Jonathan was not linked, indicted or charged for collecting any monies as kickbacks or bribes from ENI by the Italian authorities or any other law enforcement body the world over.”