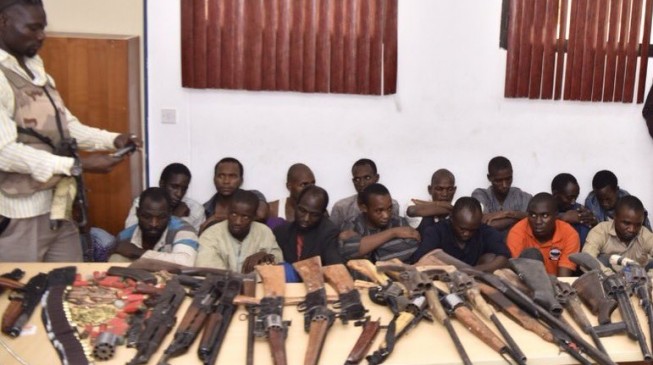 Eleven years ago — to be specific, on July 7, 2008 — the title of my column was: “One Day, the People Will Rebel”. I warned that the extravagant lifestyles of our elite in the face of crippling poverty in the country would come back to bite all of us one day. At the time, kidnappings were a Niger Delta thing as militants agitated for resource control, but I was talking about what I called the “non-oil” kidnappings which I said would become the fad in the near future. I said the Nigerian elite must get the message that they could not continue in their ways and expect peace and safety. I warned that there was a lot of frustration, anger, bitterness and resentment in the land.

RAPID RESULT
On Monday, the Kano house of assembly received a bill seeking to decimate the 214-year-old emirate. By Wednesday, it had become law — all because Governor Abdullahi Ganduje wanted a pound of flesh from the emir, Alhaji Muhammad Sanusi II. It may sound weird but the Kano drama has revived my hopes in Nigeria. It tells me that if Nigerian politicians really want to get something done, they can do it in seconds! Therefore, if they decide to start doing the right things for the good of this country, our development won’t take 50 years! There is just one problem though — they only use their energies for the things that have no impact on the price of garri. Pity.
THE NAVY 15
Comedy paid tragedy a visit on Monday when the Nigerian Navy denied knowledge of the whereabouts of 15 Nigerian citizens they have been detaining incommunicado and without trial since September 2018. Was that really a joke? The navy initially got court orders to detain them and later wrote the lawyer of one of them that the detainees had been transferred to the EFCC, which turned out to be false. As Mr. Femi Falana asked: at what stage did they disappear from custody? The navy must prove to Nigerians that the detainees are still alive by charging them to court for any offences they are accused of committing. This military rule in disguise must stop. Enough!
EMEFIELE’S 5+5
Mr Godwin Emefiele is not the dream governor of the Central Bank of Nigeria (CBN) in the opinion of some analysts, but President Muhammadu Buhari has given him another term of five years after much speculation. That suggests the president is pleased with him. In the last three months, the Nigerian rumour factories had gone into overproduction over Emefiele’s fate. Some even named his successor! For me, I never doubted that Emefiele would be re-appointed, even if that would be the first time a CBN governor would be getting a second term in this democratic dispensation. Let’s now hope Buhari will complement the governor with a solid minister of finance. Onwards.
MYTH BUSTER
When next you get a broadcast telling you that the full meaning of Google is “Global Organization of Oriented Group Language of Earth”, laugh very hard until you forget your name. In fact, Google is derived from the word GOOGOL — a mathematical term for the digit “1” followed by a hundred zeros. It was coined by Milton Sirotta, nephew of American mathematician Edward Kasner, and popularised in the book, “Mathematics and the Imagination”, written by Kasner and James Newman. In 1998, Larry Page and Sergey Brin named their search engine “Google” — playing on the word “googol” to show the endless possibilities of their invention. How did I know? I googled it. Simple.

This article by Simon Kolawole was first published on TheCable