12 killed as ‘aggrieved worker’ opens fire on colleagues in US 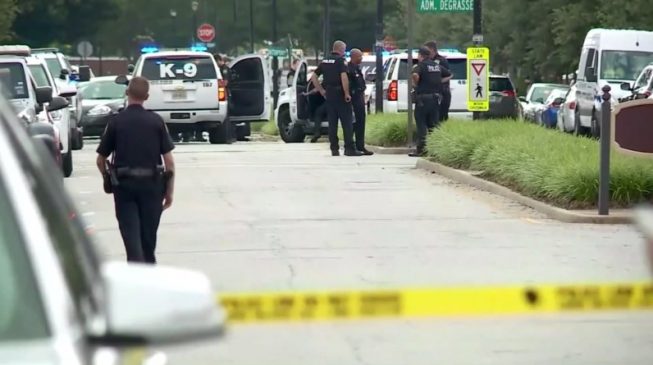 At least 12 people were killed after an armed man opened fire at a municipal center in Virginia Beach, US, on Friday.
Culled from TheCable, the incident, which reportedly left many injured, occurred at 4pm local time.
BBC quoted the police as saying the shooter who was an employee of the centre “fired indiscriminately” in the building.
Most of the victims were identified as colleagues of the shooter who the police said died after an exchange of fire.
James Cervera, police chief, said one of the victims was shot in a car and the rest were found over three floors of the building.
“I want you to know that during this gun battle, basically the officers stopped this individual from committing more carnage in that building,” Cervera said.
The police chief said the suspect’s name would only be released after the victims’ families had been notified.
“We’re going to mention his name once and then he will forever be referred to as ‘the suspect’, because our focus now is the dignity and respect to the victims in this case and to their families,” he said.
Cervera also said an officer was wounded when a bullet struck his vest.
The police said they recovered a rifle and a handgun suspected to have been used by the shooter at the scene.