Activist replies Adoke: I was the one that initiated Tinubu’s trial 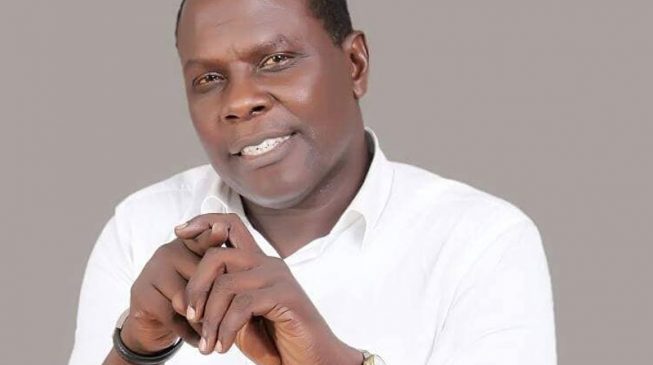 Olufemi Aduwo, chief executive officer of the Convention on Democratic Integrity, says he was the one that initiated the trial of Bola Tinubu, former governor of Lagos state, at the code of conduct tribunal in 2011, TheCable reports.
Mohammed Adoke, attorney-general of the federation at the time of the trial, had told Premium Times that “a particular human rights lawyer” went around to instigate the political authorities to put Tinubu on trial.
Tinubu was arraigned before the CCT for allegedly operating foreign bank accounts, contrary to the constitution.
He was accused of operating 10 foreign accounts between 1999 and 2007 when he was governor but the tribunal struck out the case.
Adoke quoted the unnamed layer as saying: “Is this how you people are going to allow Tinubu? He has stolen Lagos blind. Is this how you are going allow him to take over Nigeria? You people should move against him.”
Although this was not thought to refer to Aduwo, he has issued a statement to counter Adoke.
“It will be recalled  that the federal  government  instituted an action against Tinubu in 2007 for violating  S.7 of the Code of Conduct  Bureau  and Tribunal  Act, Cap.56.LFN,1990, to wit operating  foreign  accounts whilst serving as the governor  of Lagos state. It was reported  by Punch newspaper of Wednesday, April 25, 2007 and many other newspapers. After the general elections, the FG  was silent about the case. Many people believed that probably the cordial relationship  between the then President, Yar’Adua and Tinubu affected  the trial,” he said.
“In August  2010, I wrote to Adoke in his capacity  as AGF  and copied  the Office  of  National  Security  Adviser; Chairman, Code of  Conduct Bureau; Chairman, Code of Conduct Tribunal; and Director General  of DSS. The receivers acknowledged the letter except  the office of Attorney  General  of the Federation. I followed up with a reminder  to AGF, Adoke and after many months of no response, I placed a full page open letter advertisement to Adoke on two National  newspapers.
“I decided to meet some PDP governors, all of them are now in APC and gave them copies  of the letter and the letter got to President  Jonathan. I was invited to Abuja on two occasions.
“The current CCT Chairman dismissed the case on flimsy excuse that Tinubu was not interrogated by CCB as demanded by law before he was arraigned. Many lawyers and a Chairman  of anti-corruption  agency told me the Tribunal  Chairman  could have discharged or referred him to the Bureau  for questioning. I learnt later that Adoke appointed  private prosecutor for CCB to handle the case and from what he said in the interview that the trial was unnecessary showed that Adoke compromised the case.
“I strongly believe that fighting corruption is collective  responsibility of all honest Nigerians. I am proud to say, I did my best without asking for reward working with ICPC, EFCC under the chairmanship of  Lamorde and the Chief of Staff  to the President Jonathan, Chief Mike Oghiadomhe on security challenge. To be responsible citizen does not entail occupying political office.”
‘VOICE OF JACOB, HAND OF ESAU’
When contacted for comments, Adoke told TheCable that he would not reply Aduwo because he does not engage in proxy war.
“Let the diminutive human rights lawyer come out boldly to contradict my claims if he is sure of himself. He should not be hiding behind one finger to attack what I said in the interview,” he said.
“Everybody in the industry knows him that he works through proxies. It is his trademark. So let him come out boldly to say he did not instigate the trial against Tinubu instead of sending his boys to defend him.
“Luckily, the people he went to are all alive and they will come out to talk at the right time. Chief Oghiadomhe is still alive and kicking. The statement attributed to Aduwo is the usual ‘voice of Jacob, hand of Esau’ style of the so-called human rights lawyer. I have a lot to reveal about him, but Nigerians should wait for my book.
“Can you believe that this same human rights lawyer came to me and asked that the court case against Nuhu Ribadu, former EFCC chairman, should not be withdrawn by President Jonathan? He said Ribadu was corrupt. He was the closest lawyer to Ribadu as EFCC chairman! He was his biggest promoter in the media! He made a U-turn to curry favour with Mrs Farida Waziri, who was the new EFCC chairman. There is a lot to say. If he is sure of himself, let him come out instead of sending Aduwo and then I will make a million other revelations that Nigerians do not know about him.”
Adoke still refused to name the lawyer, simply saying “he is a darling of the press”.