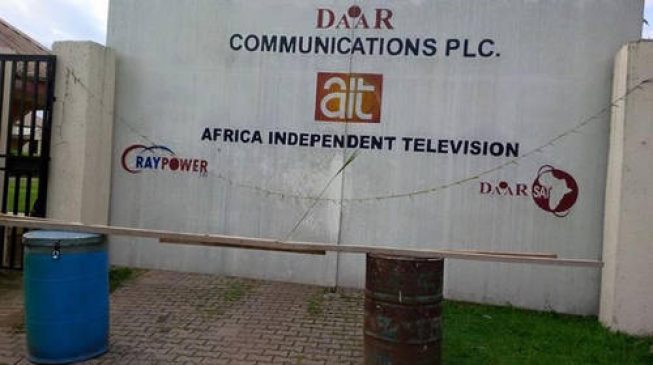 The National Broadcasting Commission (NBC ) and DAAR Communications Plc., owners of Africa Independent Television (AIT) and Ray Power FM, have resolved their differences.
According to TheCable, Nduka Obaigbena, president of the Newspapers Proprietors Association of Nigeria (NPAN), disclosed this in a statement on Monday.
He said a meeting was convened for all parties to “resolve the issues in the national interest”.
Obaigbena said Ismaila Funtua, former president of NPAN; Sam Amuka, publisher of Vanguard Newspaper; Raymond Dokpesi, founder of DAAR Communications; and Ishaq Modibbo -Kawu, director-general of the NBC, were among those who attended the meeting which held on Sunday.
He said DAAR Communications have agreed to withdraw the case filed against NBC in court.
“At the meeting the National Broadcasting Commission (NBC) restated their commitments to freedom of expression and the constitutionally guaranteed role of the media under sections 22 and 39 to hold governments accountable, which states amongst others that the press, radio, television and other agencies of mass media are to uphold the fundamental objectives contained in the 1999 constitution and ensure the responsibility and accountability of the Government to the people,” he said.
“The NBC also raised concerns about the non-adherence of the DAAR Communications group (AIT/Ray Power) to the Nigeria Broadcasting Code, despite repeated interactions on same; the NBC then cited lack of editorial balance by DAAR Communications as well as the lingering issue of non-payment of national network license fees by DAAR Communications.
“DAAR Communications Plc. defended its position saying it gives its team freedom to make editorial commentary on issues of the day relying on Section 39 of the Nigerian Constitution guaranteeing freedom of Expression, freedom to hold opinions and to receive and impart ideas without interference.
“DAAR stated it had made some payments on account to the NBC but acknowledged that there were some defaults in the payment plan they submitted to the NBC, and explained that the defaults were due to decisions jointly reached at BON meetings by all broadcasters to engage and renegotiate the cost of license fees with NBC, in view of the current difficult economic realities affecting the industry. But the NBC insists that license fees are statutory and thus non-negotiable.”
He said as part of the agreement, DAAR Communications has agreed to work out a “new realistic payment plan” with the NBC and ensure prompt payments in accordance with the new plan.
The NBC had suspended DAAR Communications’ licence over failure of its stations to abide by the broadcasting code.