Akeredolu: How my security aides chased kidnappers who targetted my convoy 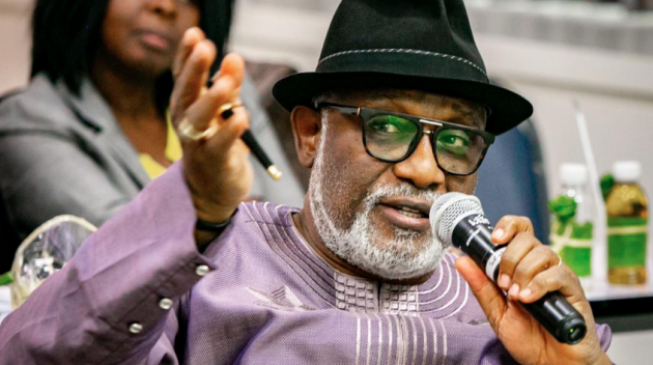 Rotimi Akeredolu, governor of Ondo state, says suspected kidnappers targetted his convoy on the Akure-Ibadan road which links different states in the south-west.
Akeredolu, who did not mention the exact date of the incident, said the suspects ran into the bush when security men attached to him opened fire.
Several kidnappings have been recorded on that road despite the heavy presence of security personnel on the highway.
Recently, two officials of the Federal Road Safety Corps (FRSC) were abducted, Musibau Adetunmbi, an Ibadan-based lawyer, and Adeyinka Adegbehingbe, a professor of orthopaedic surgery at the Obafemi Awolowo University, Ile-Ife, Osun state, have also suffered a similar fate.
Speaking on a live television programme on Sunday, TheCable reports that Akeredolu said he and his colleagues were working towards ending the “siege to the south-west”.
“I have encountered them (kidnappers) before so security issue is not limited to the masses alone.”
“My convoy was targetted but my security people shot into the air to scare them away. They fled into the bush on Akure-Ibadan road. We, as governors, will do something about the issue. We are discussing with the federal government. It is real that travellers are not safe on the road.
“It looks like it’s only the masses that are affected as the big men are enjoying themselves as they drive in convoy. Is that so?
Asked if he is afraid of being kidnapped, the governor said “Nobody can kidnap me, I have passed that stage.”