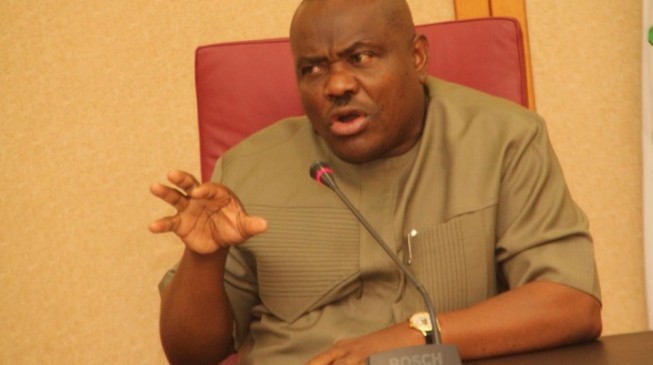 The Muslim Rights Concern (MURIC) has described Nyesom Wike as an “analogue governor” for declaring Rivers a Christian state.
In a statement on Thursday, TheCable reports that Ishaq Akintola, director of the organisation, said it is unlawful for a governor to ascribe a particular religion to his state.
Akintola described Wike’s statement as “audacious, unguarded and reckless”, asking stakeholders to call the governor to order.
“At a time when Nigeria is facing religious and ethnic crises, a state governor still has the temerity to declare his state a Christian state. Wike is short in intellect, long in impunity,” he said.
Advertisement

“It is not his first time of making this pronouncement. We ignored him the first time because we did not want to dignify him with a response. But he has just exposed himself as an analogue governor with a triangular approach to all problems: religion, violence and impunity. Wike cannot think outside this triangular box.
“At a time when religious fanaticism is on the rise and the authorities are cautioning Nigerians to be moderate, a state governor is running loose with reckless statements like, ‘I repeat once again without apologies, Rivers is a Christian state. That is why nobody can touch us’.”
He advised Wike to learn from the “moderate stance” of his colleagues in states where Christians are in the majority.
Akintola also said due process was followed in states where Sharia law is practised in the northern part of the country.
“Is Rivers the only state with Christian majority? Wike should learn from the moderate stance of the governors of Cross Rivers, Delta, Enugu, Anambra, Ebonyi, etc on the issue of religion. Wike is perpetuating a culture of acrobatic religiousity. He is playing on the intelligence of the good people of Rivers State and lending credence to Karl Marx’s view of religion as opium of the people. He is brandishing state-sponsored religiousity to cover his gross ineptitude,” he said.
“Where is Wike’s constitutional backing? Section 10 of the 1999 Constitution of the Federal Republic of Nigeria clearly prohibits state religion. It says, ‘The Government of the Federation or of a State shall not adopt any religion as a State Religion.’ Wike’s declaration is therefore ultra vires. It is null, void and of no consequence whatsoever.
“It is illegal, unlawful and unconstitutional for any governor to declare his state a Christian or an Islamic state. For the avoidance of doubt, a clear difference must be seen between Wike’s declaration and the introduction of Shariah in parts of the north. The state legislature of states where Shariah was introduced followed due process. The governors did not just wake up one day and make arbitrary declarations.
“In any case, there is also a world of difference between declaring a state an Islamic state and merely introducing Shariah to be used by the Muslim population. That is why several parts of the United Kingdom, the United States and some Western countries have introduced Shariah for their minority Muslim populations without necessarily declaring those countries Islamic nations.”