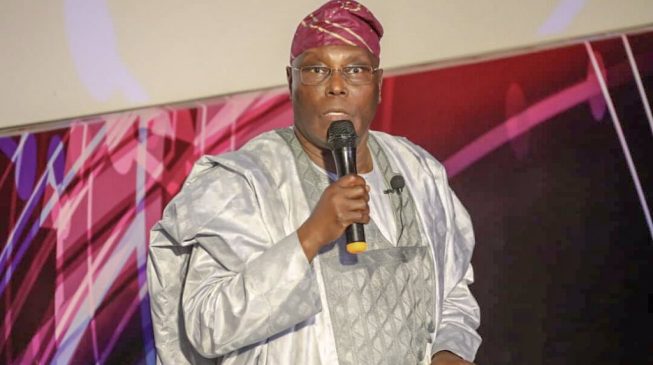 Atiku Abubakar, presidential candidate of the Peoples Democratic Party (PDP), says it is not enough to declare June 12 as Democracy Day as many Nigerians are hungry.
President Muhammadu Buhari had signed into law, the bill to make June 12 Democracy Day, in honour of MKO Abiola, the presumed winner of the 1993 presidential election.
But Atiku said June 12 demands something bigger than “merely declaring it a Democracy Day”.
“It is not enough to declare June 12 a work-free day when a disproportionate number of citizens are not sure of where their next meal will come from and when the sanctity of their lives is not guaranteed,” he said.
“It is not enough to declare June 12 a work-free day when freedom of the press, and of speech, fundamentals of democracy is being assailed.”
TheCable reports that Atiku said June 12 remained a threshold in Nigeria’s national life, urging the people, to do a soul-searching.
“The significance of the celebration of June 12, 1993 Presidential Election is a reminder of our history to becoming a democratic country,” he said.
“On this day 26 years ago, Nigeria voted for democracy against the jackboot notion of oppressive totalitarianism.
“The collective decision by Nigerians to elect democracy on that day was not to aggrandise the political elite or to replace military dictatorship with civilian autocracy. No! The choice of democracy was to restore power to the people.”
Atiku cited disrespect for the rule of law and disregard of court orders on issues that border on fundamental human rights as some of the challenges which ought to be addressed.
Atiku said as a “compatriot who stood shoulder-to-shoulder” with MKO Abiola whom he described as the icon of the June 12 struggle,  he knew first-hand that the choice of HOPE as his campaign slogan wasn’t “merely a populist tokenism.”
He said Abiola did not mean to deceive Nigerians with a hope he could not deliver upon.
“Today, the minimum requirement for any June 12 convert is to demand of them wherever they may be – either in government or in private lives – to deliver on the promises they made to the people,” he said
“June 12 is about the political leadership having the focus to retool the Nigerian economy. It is about having the skills to create wealth and jobs for the teeming mass of unemployed. It is not about the inclination for shared pains; it is about shared prosperity.
“As we celebrate yet another episode of the June 12 struggle, the desire for hope is more preponderant today much as it was 26 years ago. So, for all true lovers of democracy, let us keep the hope alive.”