Baru: A corporate titan bows out 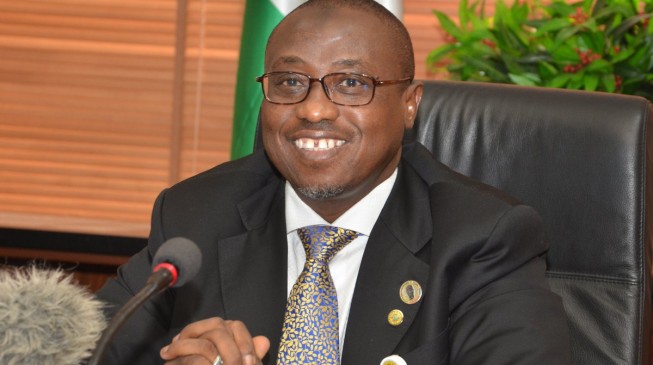 In 2016 when President Muhammadu Buhari appointed Dr Maikanti Baru as the group managing Director of the Nigerian National Petroleum Corporation, NNPC, the state-owned oil giant was reeling under the crushing burden of vast corruption.
With a tarnished reputation for sleaze, the prognosis was at best abysmal.
It was under this pall of systemic corruption and internal decay that Baru came to the helm of affairs of the fledgeling oil giant. From the onset, Baru’s job was indeed cut out for him: to cleanse the Augean stable and restore a modicum of sanity and transparency in the affairs of the oil giant.
Discerning major players within the oil sector conversant with the unimpeachable credentials of Baru were satisfied that he was the right man for the job.

Immediately he took over from Ibe Kachikwu, the minister of state for petroleum resources who also doubled as the group managing director of the corporation, he unveiled a 16-point agenda aimed at restructuring the oil giant.
The 16-point agenda included the implementation of policy frameworks that would entrench accountability and the culture of professionalism, pursue diversification of businesses by refocusing on the implementation of renewable energy programmes and frontier exploration services and the creation of an all-inclusive internal advisory council on security comprising representatives from NNPC, the international oil companies, the Petroleum and National Gas Senior Staff Association and National Union of Petroleum and Natural Gas Workers etc.
One year after he took over at the helm of affairs at NNPC, Baru reflected on some of the achievements of his leadership. Under his guidance and leadership, the company was able to lower its production/operation costs from $27 per barrel to $22.
As a result of his engagements, the Corporation secured over $2 billion discounts from renegotiated upstream contracts with its joint venture partners as part of its cost-cutting efforts in the execution of projects during this period.
The return of relative peace in the Niger Delta led to the resumption of production on the Forcados Oil Terminal, FOT and Qua Iboe Terminal, QIT, pipelines. This led to the growth of average national production to 2.2 million barrels of oil and condensate per day.
As at June 2017, the daily production capacity of the Nigerian Petroleum Development Company, NPDC, grew from 15, 000 barrels to 210,000 barrels.
In line with global trends in the workplace, he unveiled a bold and broad vision to transform the operations of the company into paperless and digital form. By mid-2018, he set up two committees to oversee this process. These include the Systems Applications and Products, SAP, Steering Committee and The Group Process Council, GPC.
Baru reconstituted the anti-corruption committee within the company to ensure that all the staff obey due process and inculcate transparency in their dealings.
A clear example of this anti-corruption committee at work was the case between the corporation and IPCO where they demanded $400 million.
As a result of Baru’s insistence on due diligence and probity, they were able to settle out of court for $37.8million dollars thereby saving the nation hundreds of millions of dollars.
The Corporation under Baru’s leadership also provided a whistleblowing platform for members of staff of the corporation to report any corrupt practice to the authority for investigation.
As he bows out, Baru leaves behind a corporation that has boldly confronted challenges and achieved milestones that will shape its future for good.
Baru must consider it a befitting parting gift that his successor, Mele Kyari, is a man widely believed would carry the vision even further.

This article by James Ume was first published on TheCable. Ume writes from Abuja