CAN to el-Rufai: Devote your energy to insecurity — NOT regulation of preaching 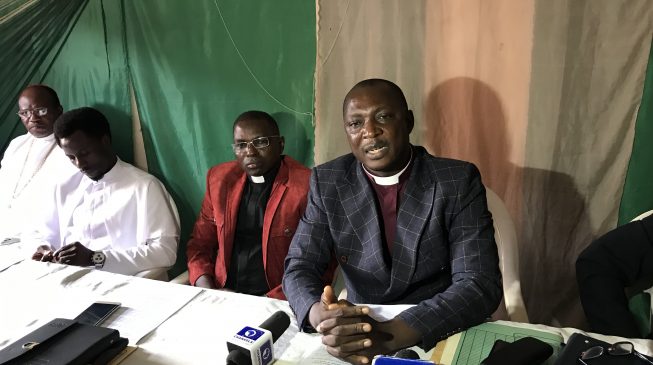 The Kaduna state chapter of the Christian Association of Nigeria (CAN) has asked Nasir el-Rufai, the governor, to devote his energy to solving insecurity in the state rather than pursuing a law to regulate preaching.
Addressing a press conference in the state on Monday, TheCable reports that Joseph Hayab, CAN chairman in Kaduna, condemned the bill, which has now been ruled against by a court of law.
The Kaduna state high court had said the state government had no right to screen and issue licences to preachers.

Hayab said the bill could be “illegally aimed at obstructing religious preaching, especially the gospel of Jesus Christ”.
He said: “It is no longer news that people within Kaduna state are repeatedly being robbed, abducted or killed by bandits, often identified as herdsmen almost on a daily basis.
“Manifestly, the government seems to have failed in its key responsibility of safeguarding lives and property of the people since armed bandits now, than ever before, continue to cause hapless citizens havoc at any time they so wish without fear of being captured.
“Consequently, families and relations have had to cough out huge sums of money, amid scarce resources, to pay ransom to kidnappers to have their abducted relations freed.
“Therefore, the problem that should be of grave disquiet to the government of Kaduna state and the front burner is the way to secure our territory from the intrusion of armed bandits instead of compounding the problems with a bill that offends the set provisions of the Nigerian constitution.
”We, as a result, call on el-Rufai to devote his energy and attention to addressing the unending challenge of constant kidnappings of our people on the highway, in their farms and homes.”
The CAN official also asked the governor to, “in the interest of justice and fair play,” pay compensation to “all victims of herdsmen attacks, kidnappers, and armed robbers, just like he paid the fulani herdsmen three years ago to “stop the killings in some parts of Kaduna State.”