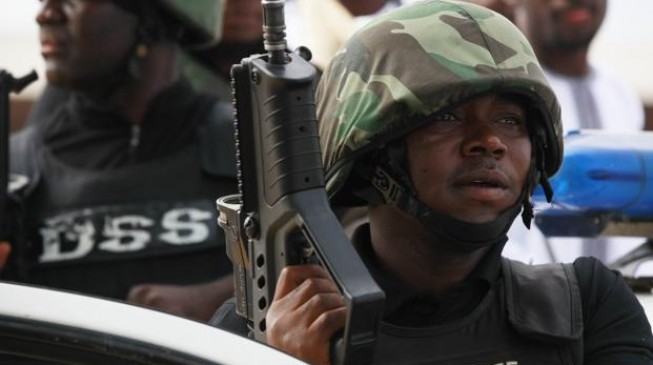 The Department of State Services (DSS) has arrested yet to be identified social media users who who posted “inciting materials and misleading statements”.
TheCable reports that Peter Afunanya, DSS public relations officer, disclosed this in a statement on Wednesday.
Afunanya accused the individuals of instilling fear in the minds of Nigerians.
“The Department of State Services (DSS) has observed with concern, the deliberate plots and attempts by some subversive and undemocratic elements to incite or pit one ethnic group against the other by stoking the embers of tribal sentiments to cause disaffection and violence across the country,” he said.
“These unpatriotic actors make unguarded public statements and/or use the social media platforms to instill fear in the minds of citizens.
“These are reflected in the misleading statements and articles being circulated among unsuspecting members of the public. Such inciting materials oftentimes are designed to make or convey false accusations by one group against the other.
“They also resort to skewing historical narratives to suit their objective of masterminding ethnic violence in the nation. So far, some of the culprits have been arrested.”
He warned individuals involved in such “divisive acts and tendencies to desist forthwith.”
“Community leaders and persons of influence are, therefore, enjoined to be most responsible in their utterances as well as rein in (their) people for national cohesion and peaceful co-existence,” the spokesman said.
“Aggrieved persons and groups are encouraged to use dialogue as a true means of non violent resolution of disputes or any misgivings.”
Afunanya added that the country could only achieve greatness when it is united.