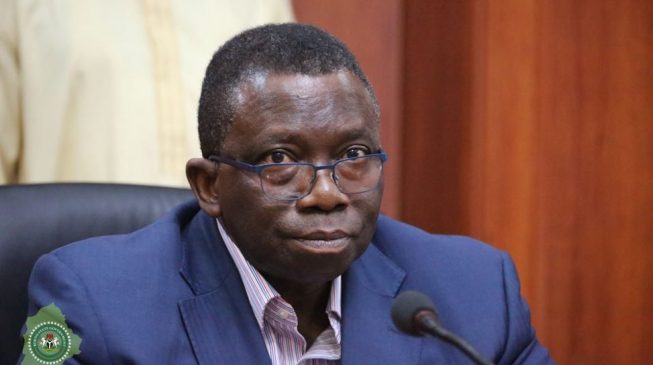 Dayo, a son of Isaac Adewole, former minister of health, was abducted in Afijio local government area of Oyo state around 6pm on Tuesday, according to The Nation.
Culled from TheCable, the victim was said to have been attacked on his farm in Iroko, near Fiditi in Afijo.
He was reportedly taken to an unknown location while the vehicle which was used in conveying him from the farm was abandoned by the roadside.

The community had raised a team of local hunters who were said to have gone in search of Dayo but could not rescue him.
“The villagers were alerted by the staff who survived the ordeal. Local hunters were mobilised by the Oniroko of Iroko,” a source was quoted to have said.
“The hunters were said to have located the car of the abductors along the road to Iware village near Iroko.
“But they are yet to locate Dayo’s whereabouts. It was suspected that the kidnappers might have changed their vehicle following persistent announcement on radio after Oniroko had raised the alarm on air.”
The abductors have reportedly not contacted the family of the victim on their motive.
The ex-minister, who was reportedly abroad as of the time of the incident, is said to be on his way back to the country because of the abduction.
The development comes two days after the Aare Onakakanfo Council led by Gani Adams asked the federal government to halt attacks in the south-west region.