Facebook’s Notifications Are Out of Control. Here’s How to Tame Them.


Facebook already has you hooked, but now it wants to keep you engaged with dozens of notifications each day. Here’s how to get a little peace and quiet. 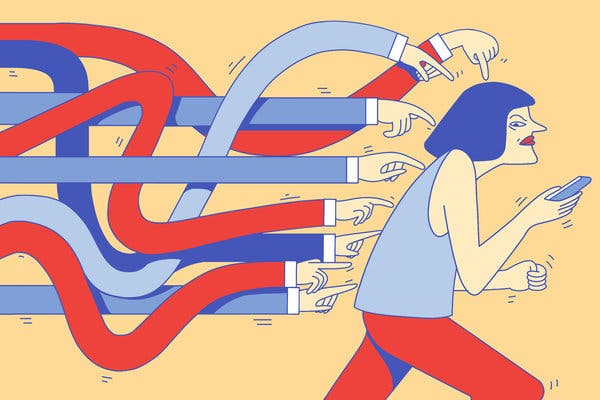 Not everyone can quit Facebook, but “not quitting” doesn’t mean you want to spend all day on the site. As Facebook’s notifications get increasingly aggressive, you have to fight back even harder to reclaim some peace and quiet.

With over two billion active users, it’s hard for Facebook to grow much more by adding new people. Instead, the company is focusing on engaging the users it already has, largely by pestering them with an endless stream of notifications. The uptick in notification spam has been well-documented. In just my own experience, I’ve received notifications when:
Someone liked one of my posts or comments.


Someone I know posted in a group I’m in.


Someone I don’t know posted in a group I’m in.


Someone I’m friends with confirmed that she was going to an event I am interested in. This is curiously selective. Seventeen friends said they were going to one event, but I got notifications for only two — one from my girlfriend and another from someone I never interact with.


Someone I know is live-streaming.


Someone — anyone — is streaming a video game. This appeared to be little more than an advertisement for Facebook Games, the company’s competitor to the game-streaming service Twitch.

In isolation, none of these notifications are a problem. En masse, they become overwhelming. Thanks to the Digital Wellbeing service on my Android phone — which collects data about how much time you spend in apps — I can tell that, even on a slow day, I get at least 30 mobile push notifications from Facebook. On a busy day, that number can exceed 50. That’s two or three notifications per waking hour. And I’m not a heavy Facebook user.

However, the reality is likely even worse than that. I discovered that notifications for “likes” and other reactions are often combined in the Digital Wellbeing count, while comment notifications are counted individually. Yet both buzz my phone just the same. In other words, while my phone says I get 30 to 50 notifications per day, the real count is likely much higher.


And that’s just push notifications. Facebook sometimes chooses which notifications deserve your immediate attention, leaving others for the next time you open the app. A comment on one of your posts might get pushed to your phone, but the 20th “like” on that post might not result in a buzz in your pocket. However, if you keep the site open in a tab on your computer, or if you check the app often, these notifications can add to the noise.

Fortunately, there are a number of ways to prune the notification spam, each progressively more drastic.

Prune your notifications as they come in

Every time you get a notification on Facebook, whether on desktop or mobile, there’s a subtle option to train Facebook to stop bothering you. In the feed of notifications — which you can see when you click or tap the bell icon in any version of the Facebook app — there’s a three-dot button. (Desktop users must hover over a notification with their mouse to make this button appear.)

When you tap this button, Facebook gives you a couple of options:


This method requires a bit more active management. By design, you’ll always get at least the first notification, but you can prevent further disruptions. More important, it requires the fewest changes in your habits. As you browse, take a second to tell Facebook what you’d like to see less of, and eventually your notifications should calm down a bit.


Turn off some notifications in the app settings

Facebook’s settings are notoriously arcane, but if you take the time to dig into them, you can find a lot of switches to turn off Facebook’s biggest annoyances. The notification settings section is in a slightly different place from platform to platform, but here’s how to find it:
On the web: Click the arrow at the top-right corner of the screen and choose “Settings.” In the bar on the left side of the screen, click “Notifications.”


On Android: Tap the three-line menu icon along the top of the app, scroll down and tap “Settings & Privacy,” then tap “Settings.” Scroll even further to find “Notification Settings.”


On the iPhone and iPad: Tap the three-line menu button at the bottom of the app, scroll down and tap “Settings & Privacy,” then tap “Notification Settings.”

Once you find this buried section, you’ll discover a number of useful toggles. You can turn off notifications for specific things like comments, tags and birthdays. There are also more nebulous categories like “More Activity About You.” This seems to include everything from likes and reactions on your posts and “On This Day” notifications to “Updates From Friends,” which tells you when certain friends update their status or share photos. You don’t get total control, but you can at least cut off some of the more annoying intrusions before you get them.
You can also customize where you get each category of notification. Facebook can send emails, text messages or push notifications to your phone. If you’d prefer to get an email about birthdays rather than an obnoxious buzz on your phone first thing in the morning, you can change that here.

Use the mobile site instead of the Facebook app

You may not jump straight to “Delete Facebook,” but that doesn’t mean you can’t delete the Facebook app. Apps on your phone have the ability to interrupt whatever you’re working on, buzz your phone or make noise, all of which is very disruptive. The mobile site has none of these problems.

Just uninstall the Facebook app and visit Facebook.com through your phone’s browser instead. You can even add a shortcut to the site from your home screen so it’s just as easy as launching the app. This way, you’ll see Facebook notifications only when you want to, rather than getting pestered throughout the day. Unfortunately, you won’t be able to read Facebook messages (there’s a separate app for Facebook Messenger if you need it), but aside from that, everything else works the same.

Beyond preventing push notifications (which you can also turn off entirely), the mobile site has a number of advantages. It limits some of the ways Facebook can track you, it uses less battery in the background, and it takes up less space on your phone. If you’re not quite ready to give up your Facebook account, this is a good compromise.

Like a 2-year-old throwing a tantrum, Facebook sends you notifications to get your attention. Like responding to a toddler’s tantrum, the best way to discourage this behavior is to stop giving it attention. If you want to cut back on how much Facebook bothers you, one of the best ways is to stop letting it think that you’re interested.

Most Facebook notifications tend to be a result of your own interactions with the site. You get notifications because you comment on posts, join groups or follow pages. The less you do of these things, the fewer notifications you’ll receive. Screen time apps can help limit your Facebook time so you’re less tempted to idly browse. Unfollowing pages or groups that don’t serve a productive purpose can also reduce your notification clutter.

This article was first published on The New York Times.