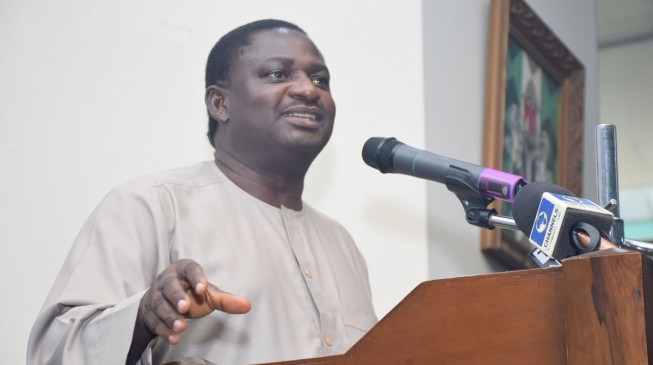 Femi Adesina, presidential spokesman, says President Muhammadu Buhari will announce his cabinet when the time comes.
It has been 26 days since the president was inaugurated for his second term in office.
He has since made just three appointments–Mele Kyari as the group managing director (GMD) of the Nigerian National Petroleum Corporation (NNPC) and renewal of Ahmed Idris’s appointmentas the accountant-general of the federation and renewing the appointment of Godwin Emefiele, governor of the Central Bank of Nigeria (CBN).

He is, however, yet to make any ministerial appointment. In 2015, it took the president six months to announce his cabinet.
But speaking in a chat with The Interview, TheCable reports that Adesina said “the circumstances are not the same”, adding that it would not take as long as it did in 2015.
“Nigerians will not have to wait a day longer than necessary, before they have a cabinet,” Adesina said.
“And as the president himself has said, the process won’t take as long as it did in 2015, because the circumstances are not the same.”
Speaking on the insecurity in the country, Adesina said it has been in existence for a long time, as far back as the 1914 amalgamation.
He added that the Buhari administration is, however, not overwhelmed, assuring Nigerians that “the country shall be victorious”.
“It was an unwilling union, forcefully consummated by Lord Frederick Lugard. Since then, it had been uneasy, with grave suspicion rifling through the polity,” he said.
“It was not helped by the colonial masters themselves, who played one ethnic nationality against the other, to serve their own interests.
“These tensions spiked in recent times, particularly with the advent of democracy, in which people could make utterances, however indecorous or divisive they may be.
“The security challenges are enormous. Insurgency, banditry, kidnapping, armed robbery, communal strife, criminality generally. These are truly dire times, and as the president has said, they are results of the corruption, decay and neglects of the past.
“But is the government overwhelmed? By no means. The challenges are being tackled, and we will eventually overcome. Nigeria is greater than the challenges, no matter the hidden hostile hands that are encouraging them.”