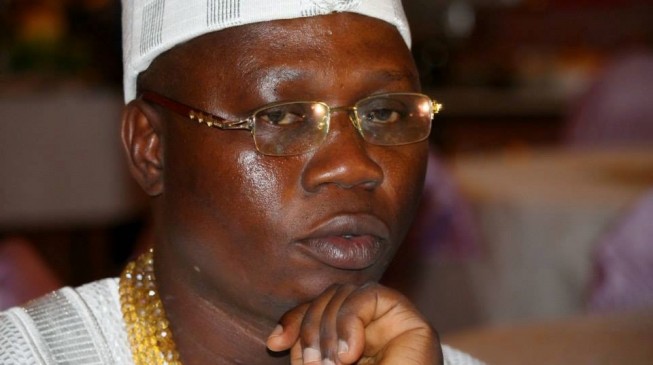 The Aare Onakakanfo Council led by Gani Adams has asked the federal government to contain activities of “killer herdsmen” in the south-west to avoid retaliation.
In a communique signed by its members, the council said the activities of herders “who have been ravaging our land” have become a serious concern for the Yoruba race.
It said the herders have continued to wreak havoc in the southwest despite several appeals made to them.
It said the threat posed by the herders cannot be overlooked, adding that for peace to reign among people who occupy a common territory, all the parties involved must ensure that every unit in this country respect each other in all ramifications.
TheCable reports that the council called on President Muhammadu Buhari to take immediate and decisive action.

“The campaign of blood by Fulani herdsmen, who have been ravaging our land, kidnapping, killing, maiming and raping our people in recent years has become a serious source of concern for the Yoruba race; a race renowned for their staunch passion for peaceful coexistence, national cohesion, and development,” read the communique signed by Adams and  read.
“It is disheartening and most embarrassing that the group, despite several appeals to their consciousness and common sense, has continued to wreak havoc on our land, and forcibly planning to reap where they have not sown.
“They have been plundering Yorubaland, and we recognize evil when we see it. Every true blood of the Yoruba race is at the risk of being haunted and slaughtered by this reckless group if we keep sugar-coating the bloody implications of their evil enterprise.
“We are acquainted with the nature of Fulani nomads in the past, and we know as a matter of fact that they were not carrying AK47s. It is because of this naked truth that we ask that these people be labelled as what they are.
“Consequently, we hereby ask these Fulani marauders to stop their murderous activities and vacate every inch of Yorubaland they currently ravage. Failure to reconcile themselves with these terms may warrant maximum retaliation as the principle dictates that a bully only respects a bully.”
The council listed some areas in the southwestern region as dark spots where the federal government’s intervention is needed.
It advised the kings and local chiefs to be more conscious of the activities of people in their midst, saying it is their duty to account for and monitor strangers in their jurisdiction.
The council also warned “all Yoruba sons and daughters in power” that they risk being declared persona non grata if they fail to use their capacities to speak up against the ills and injustice ravaging Yorubaland.