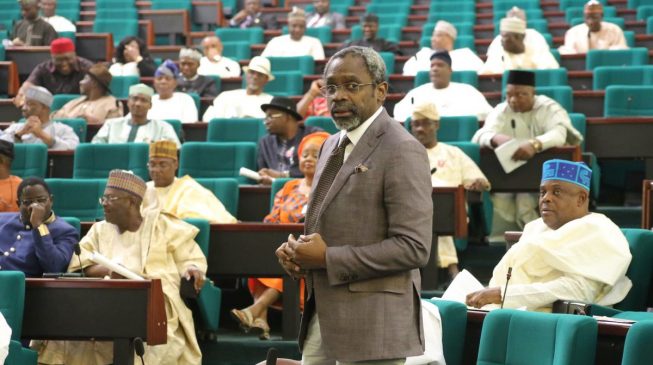 Femi Gbajabiamila, majority leader in the 8th house of representatives, has been elected speaker.
TheCable reports that the choice candidate of the leadership of the All Progressives Congress (APC) polled 281 votes to defeat Mohammed Bago, still of the APC, who had 76 votes.
Like Senate President Ahmad Lawan, Gbajabiamila was the preferred candidate of the APC in 2015 but Yakubu Dogara, who was then of the APC, had teamed up with the Peoples Democratic Party (PDP) to defeat him.
Dogara had defeated him with just eight votes.
While the sorting of votes was ongoing, Bago walked up to Gbajabiamila to congratulate him and this elicited a thunderous round of applause among their colleagues.
Idris Wase of the ruling party was elected deputy speaker of the house of representatives.
Wase, who had dropped his speakership ambition to support Gbajabiamila, was elected unopposed.
In March, TheCable had reported that Gbajabiamila and Senate President Ahmad Lawan were favoured to lead the national assembly.
The new speaker, who represents Surulere 1 federal constituency of Lagos state, was elected into the lower legislative chamber of the national assembly in 2003.
A law graduate of the University of Lagos, he started his career with the Bentley, Edu and Co law firm in Lagos before he established his own firm, Femi Gbaja and Co. where he was principal partner. Gbajabiamila later returned to John Marshall Law School in the US and was said to have graduated top of his class, earning himself a juris doctorate. He set up a law firm and had a brief stint of practice in the US after he passed his Georgia bar exams in 2001. Later, he returned to Nigeria to join politics.