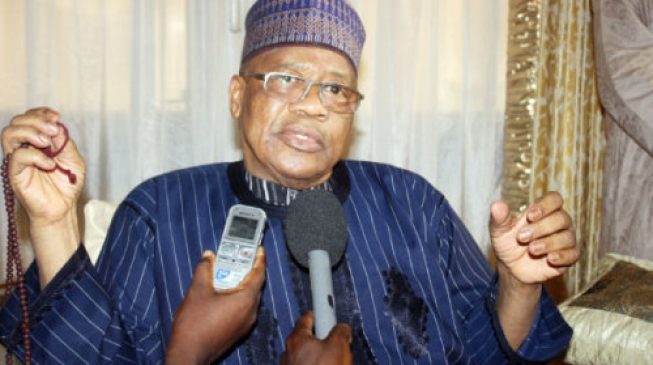 Former military President Ibrahim Badamasi Babangida (IBB), Thomas Agu-Iyi Ironsi, former minister of defence, are expected to grace the launch of a book on Nigeria’s air operations in Sierra Leone.
According to Abayomi Balogun, author of the book, it provides “vital lessons” for the ongoing counter-terrorism and counter-insurgency efforts in the north-east.
Organised by Green Heroes Foundation, a non-governmental organisation, with the support of Africa Centre for Strategic Studies, TheCable reports that Balogun said the idea behind the book is to provide  military history, lessons for the counter-insurgency and internal security operations, and more importantly, to expose the deadly effects of post traumatic stress disorder ( PTSD) on the Nigerian military personnel in particular, their families and society in general.
Titled: “Nigerian Air War in Sierra Leone, from the Cockpit of Aggressor 08”, it will be launched in Abuja on Wednesday.

“The need for synergy among security Agencies during operations, the need for adequate preparation, planning and proper coordination between elements involved in an operation are keys to success in battles,” he said in a statement.
“Joint operations or joint warfare is Team Warfare. The synergy that results from the integration and synchronization of Service components capabilities under a single Joint Force Commander (JFC) often maximizes the effectiveness and efficiency of the force.
“Furthermore, the need for more intelligence gathering and timely dissemination among security operatives would surely ensure speedy conclusion of hostilities. Finally, efforts are required in the areas of welfare packages for deployed troops to sustain their fighting spirit and recognition of good deeds while at the front to sustain morale.”
According to him, the book was written to serve as a precedent enabling doors of understanding to be flung open to any armed personnel or military commanders who wish to add to their knowledge of combat.
The author is a retired air commodore. He was a former deputy director of air operations at the Nigerian air force.