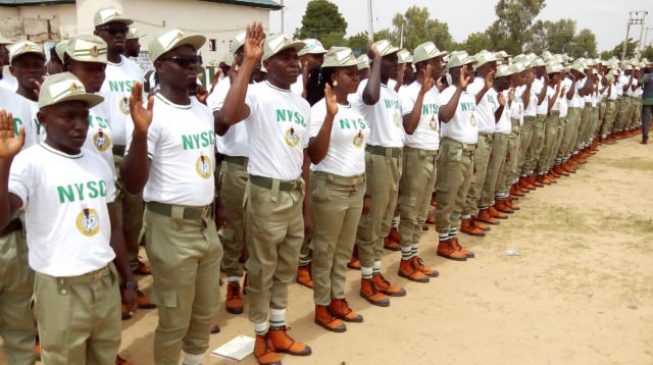 A federal capital territory (FCT) high court says graduates who did not participate in the National Youth Service Corps (NYSC) scheme cannot be disqualified from governorship election.
TheCable reports that the court’s proclamation came on the back of a suit brought against Dapo Abiodun, governor of Ogun state, by Iyabo Anisulowo, a former senator.
In December, TheCable reported how the governor was enmeshed in allegations of perjury over his post-secondary school qualifications.
It was discovered that Abiodun did not participate in the compulsory NYSC program, even though he finished his first degree in 1986 — going by the Independent National Electoral Commission (INEC) form CF001 that he filled ahead of the 2015 election, supported by an affidavit.
But on Wednesday, in a pre-election suit no FHC/ABJ/CS/34/1019, the former senator sought the disqualification of Abiodun as the governorship candidate of the All Progressive Congress (APC), on the ground that he skipped the NYSC scheme.
Wale Ajayi, the governor’s counsel, requested that the court set aside the case, since it was never stated that the participation in the NYSC scheme was a criterion to hold public office.
In his judgment, M A Mohammed dismissed the first defendant’s notice of preliminary objection and proceeded to deliver judgment on the substantive suit.
The judge held that the plaintiff could not establish that the governor presented false academic claims to the INEC.
Mohammed also held that the NYSC Act does not make provision for the disqualification of a candidate who failed to participate in its scheme.
He said that a candidate can only be disqualified under Section 177 of the constitution which states that “a person shall be qualified for election to the office of Governor of a State if:
(a) he is a citizen of Nigeria by birth;
(b) he has attained the age of thirty-five years;
(c) he is a member of a political party and is sponsored by that political party; and
(d) he has been educated up to at least School Certificate level or its equivalent.”
The case was however dismissed.
Following the judgement, graduates seeking to be governors would no longer be asked to present their NYSC certificates.
The supreme court also dismissed a similar suit on Monday after Abdulrafiu Baruwa had approached it to challenge the qualification of Abiodun on the ground of failure to disclose all his academic qualifications.