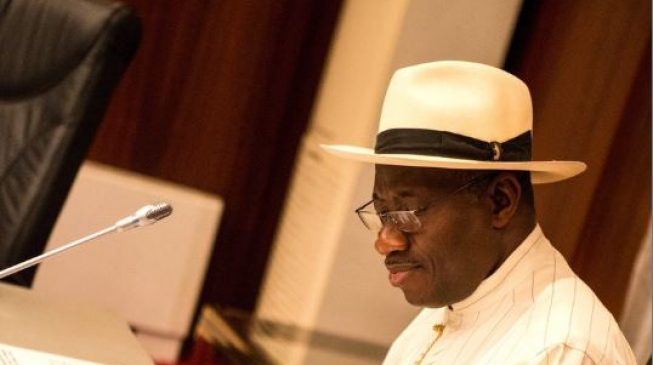 Former President Goodluck Jonathan has emerged chairman of the International Summit Council for Peace (ISCP), a body made up of mainly African former presidents.
TheCable reports that Jonathan assumed this role on Friday during the international leadership conference in Johannesburg, South Africa.
While delivering a keynote address at the conference, the former Nigerian president called on the African Union (AU) to set minimum acceptable standards for appointing the leadership of electoral commissions as a means of building citizen confidence and ensuring credibility of elections on the continent.
In his speech titled, “The Need for Good Governance and Peaceful Electioneering Process in Africa”, Jonathan said the credibility and legitimacy of electoral processes  are hugely dependent on the competence, impartiality and independence of electoral management bodies.
“It is interesting that almost all the EMBs in Africa are identified with the prefix ‘Independent’, but the jury is still out on whether these agencies are truly independent as their names imply,” he said.
“The AU should, through its Political Affairs Department, set up a team of electoral experts to study different models and recommend the system they consider best for the continent.
“Such benchmark should also take cognisance of the need to review the election of judicial processes to ensure that, where election tribunals are set up to specifically handle election cases, one judicial officer do not handle the role of appointing all members of the tribunals.
“Since neutrality of the security services is absolutely necessary in ensuring free and fair elections, it is also important that the Africa Union should establish a code of conduct guiding security officials in charge of elections. All these recommendations should be accommodated in AU’s procedures for elections that should serve as guidelines for election observers.”
He added that many African nations face election-related crises in cases where the  citizens have no confidence in the electoral process, especially when they suspect that the election umpires do the bidding of the partisan appointing authorities.
The two-day conference had government officials, former presidents, clergy and traditional rulers from across Africa, in attendance.
Commending South Africans for the peaceful conduct of the national and provincial elections, Jonathan said the credibility of the process stemmed from the fact that all the stakeholders in the elections had confidence in the electoral commission and the security systems.
“Once you get to that point where all role players in elections can express confidence in the umpire and the security systems, you would have solved more than 70% of your electoral challenges,” he said.
“Sadly, not many African countries have got to this point. The point where they can beat their chest and boast of political freedom, inclusiveness, independence of the electoral management body and credibility of the political process.
“Africa’s leadership problem has more to do with weak institutions than the case of leaders serving in office for long periods of time. When the democratic institutions are strong they will develop firewalls that will resist attempts to alter the constitution and manipulate electoral processes for selfish reasons.”
The former president said democracy is not about holding periodic elections but conducting credible, transparent, free and fair polls.
He said African nations must improve their electoral processes by establishing systems that will support and deliver credible elections.