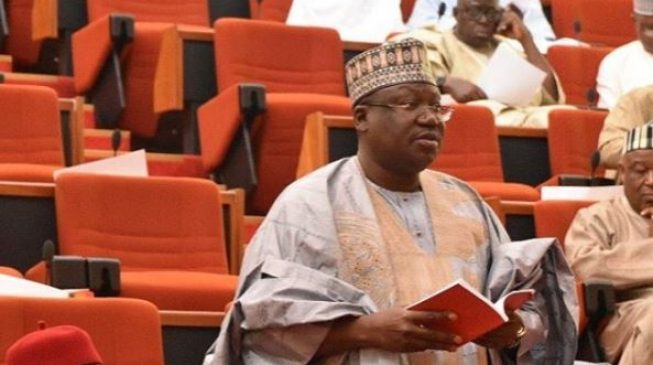 Ahmad Lawan, lawmaker representing Yobe north senatorial district, has been elected president of the senate.
TheCable reports that Lawan secured 79 votes to defeat Ali Ndume from Borno south who polled 28 votes.
Although the two contestants are of the All Progressives Congress (APC), the leadership of the ruling party had endorsed the new senate president.
The Peoples Democratic Party (PDP) had teamed up with Ndume but unlike in 2015 when Bukola Saraki, then of the APC, rode to power with the support of the PDP, the ruling party perfected its plot to ensure Lawan’s victory.
Earlier, Yayaha Abdullahi from Kebbi had nominated Lawan for the position while Solomon Olamilekan from Lagos seconded the nomination.
Ndume was nominated by Ishaku Abu from Adamawa and Barry Mpigi from Rivers seconded the nomination.